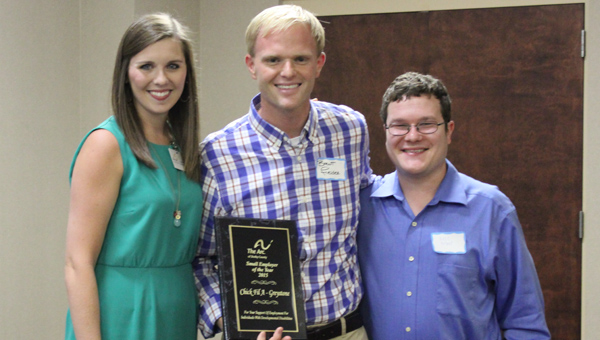 HOOVER— As temperatures reach the high 80s or more this summer, residents have the opportunity to beat the heat while also supporting a nonprofit organization by purchasing lemonade from the Greystone Chick-fil-A.

Each Saturday, franchise owner and operator Brent Fielder has selected an organization to support and will donate $1 for every lemonade, or frosted lemonade, sold. In addition, every gallon of lemonade purchased will raise $5.

“We’re picking eight different local organizations that have some kind of connection to our store or to the people in our store,” Fielder said in a June 7 interview.

Saturday, June 11, all lemonade sales will benefit The Arc of Shelby County, which is based in Pelham. Fielder said The Arc was one of his choices because of an already existing partnership with the nonprofit.

“With The Arc of Shelby County, we have one of their participants employed through the Arc,” Fielder said. “We thought it would be a good way to partner with them, just a good way to give back and help support their organization.”

The Arc’s participant, Eric Parker, is currently employed at the location, and The Arc awarded Chick-fil-A Greystone with its Small Employer of the Year Award for 2015.

After developing the ongoing relationship with Chick-fil-A Greystone, Director of Development at the Arc of Shelby County, Tery Young, said she was honored at being selected for the LemonAID Stand.

“It’s very exciting. We are so honored,” Young said. “They have just been an ongoing partner. They always surprise us in how much support they are giving us, and other nonprofits in the community.”

Chick-fil-A’s LemonAID Stand efforts have already raised $1,300 for nonprofits this summer, and Fielder said his goal is $5,000, although he believes they may exceed that.

Fielder said he also plans to double the donation for the nonprofit that receives the most support on its Saturday, giving the organization $2 for every lemonade sold.

Chick-fil-A Greystone is located at 5375 U.S. 280 and is open from 6 a.m. to 10 p.m. on Saturdays. For more information or to see which nonprofit is being supported from week-to-week, visit Facebook.com/CFAGreystone.