Remember the fallen on Memorial Day 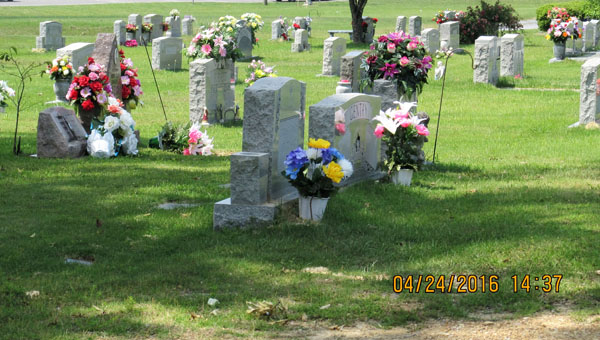 Memorial Day is a U.S. federal holiday dating back as early as the 1860s. (Contributed)

Memorial Day has come and gone again. Many folks nowadays think of this date as a giant sale day, a day off from work, the beginning of the summer or vacation time.

Memorial Day is actually a U.S. federal holiday first established sporadically in many areas of the North and South as early as 1865.

However, it was known as Decoration Day and involved decorating the cemeteries of the war dead with flowers.

By the 20th century, Congress realized the need to have an established date and to have an official name for this holiday.

Memorial Day is a U.S. holiday for remembrance of persons who died while serving and defending our country.

It is observed the last Monday of May and is not to be confused with Veterans Day, which celebrates all persons who served in the Armed Forces.

In the past (and in some towns today) Memorial Day parades were held, later U.S. flags were added to the flowers and cemeteries took on the lush manicured look to match the reverence of a tradition and at the same time be a reminder of how far we have come and how much sacrifice was given.

Once or twice I was in Oneonta, Alabama for Decoration Day (Memorial Day).  The Hopewell Church cemetery sits on a knoll and on Decoration Day the whole landscape was flowers, new shrubbery, flags, a religious service, Fa-So-La singing and dinner on the grounds.

The singing was enjoyable, the view awe-inspiring and the food wonderful.

Flags decorated many graves and were also seen in business windows and on car antennas.

On Memorial Day the flag of the United States is raised to top staff and quickly lowered to half-staff until noon. After that it is returned to full height.

The half-staff is to remember the more than one million men and women who gave their lives for our country and the full staff represents the living who will continue the fight for justice and freedom.

Whatever your thoughts were on this special holiday, I hope you took a moment to remember all those who gave their lives for our country.