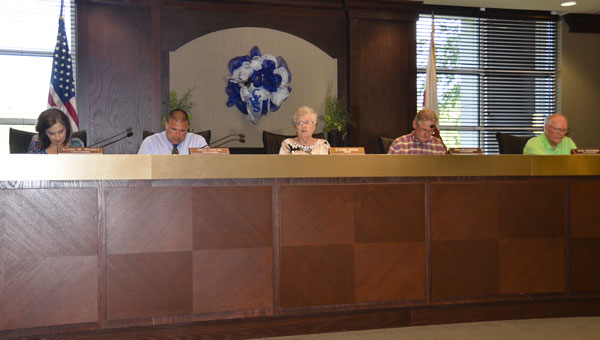 The Chelsea City Council is considering rescheduling its regular meetings in July to the second and fourth Tuesday, July 12 and July 26, because of the qualifying period for this year’s municipal elections. (Reporter Photo/Emily Sparacino)

CHELSEA – The Chelsea City Council will consider moving its July council meetings to the second and fourth Tuesday of the month because of the candidate qualifying period for the 2016 municipal elections in August.

During a June 7 pre-council meeting, City Clerk Becky Landers asked the council to consider rescheduling the meetings from the first and third Tuesday, July 5 and July 19, to the second and fourth Tuesday, July 12 and July 26, to avoid time conflicts with the qualifying period, which starts July 5 and ends July 19.

Council members said they were in favor of moving the July meetings, pending approval by Mayor Earl Niven, who was absent from the June 7 pre-council and council meetings.

The July meetings still will be held at 6 p.m. in the City Council chambers, with pre-council starting at 5:30 p.m.

Elections for Chelsea’s mayoral and City Council seats will be held Tuesday, Aug. 23.

The 2016 municipal elections calendar can be found at Cityofchelsea.com.

Also, Landers reminded candidates not to place campaign signs at public or city rights-of-way, noting any signs in such places are subject to removal by county or city officials.