PELHAM— After receiving a tip from management, the Pelham Police Department arrested two Jackson, Miss., fugitives at a hotel on Bishop Circle June 8, according to Pelham Police Lt. Pat Cheatwood. 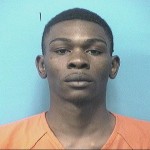 Twenty-year-old Jamerio Hudson and 22-year-old Ontario Williams were both charged with one count each of obstructing justice and fugitive from justice, and 19-year-old Lashala Smith was charged with fourth-degree receiving stolen property and illegal possession of credit/debit cards. 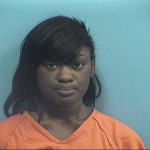 The suspects were also allegedly in possession of a pistol at the time of their arrest, according to Cheatwood.

Once they arrived at the police station, Cheatwood said officers were able to determine the suspects’ identities and charge Hudson and Williams as fugitives from justice related to arrest warrants in Mississippi. 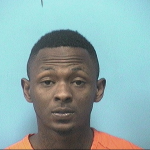 Cheatwood said both suspects were charged with aggravated assault with a gun stemming from an alleged April 11 incident in Mississippi. Williams’ Mississippi arrest warrant also lists a burglary charge tied to the event.

Smith, who was with Hudson and Williams at the hotel, was allegedly in possession of several IDs from the Mississippi area, as well as stolen credit cards, Cheatwood said.

Hudson and Williams are currently being held at the Shelby County Jail on $10,000 bonds. Once they have posted bond, Cheatwood said the suspects will be extradited to Mississippi.

Obstruction of justice is a Class C felony, which carries a maximum sentence of 10 years in prison according to Alabama state law.

Smith is being held at the Shelby County Jail with bonds totaling $6,000. Fourth-degree receiving stolen property is a Class A misdemeanor, and illegal possession of a credit or debit card is a Class D felony.