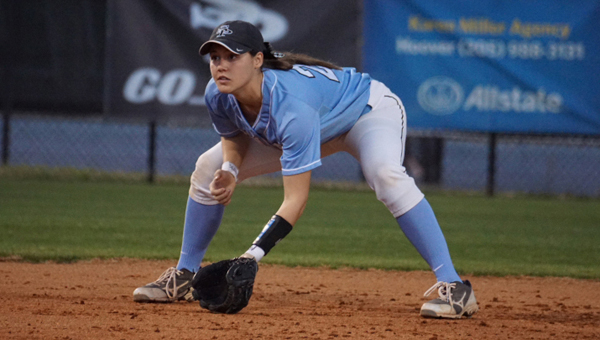 HOOVER – The awards keep rolling in for Spain Park’s Mary Katherine Tedder. USA Today recently named Tedder, who recently finished up her junior year leading the Lady Jags to the 7A state title game, to the Second Team All-USA.

“Tedder hit home runs in each of her first three games this season and never looked back,” USA Today reported. “She finished with 20 long balls to go with 70 RBIs and 56 runs scored and led the Jaguars to the Alabama Class 7A championship game.”

Tedder was the only player from Alabama to be named to the Second Team, which featured just 10 players. The only other Alabama player to appear on the All-USA lists was Curry’s Ashlee Swindle, who, on top of being named the Gatorade Player of the Year in the state, was named the American Family Insurance All-USA Player of the Year after going 45-2 from the mound with a 0.59 ERA and 385 strikeouts in 262.2 innings along with 13 home runs and 86 RBIs.

From the plate, Tedder was virtually automatic this season. In 59 games, Tedder accumulated 70 hits, good for more than a hit per game, and was also walked 31 times this year. Tedder hit 11 doubles, five triples and a whopping 20 home runs this season and struck out only 10 times in 194 plate appearances. The Texas commit finished the year with a batting average of .457, an on-base percentage of .541 and a slugging percentage of .957.

Tedder was also a runner-up finisher for the Gatorade Player of the Year in the state behind Swindle as well, and will return next year to try and lead Spain Park to its first 7A state title.