Wilburn&Wilburn to perform at Wilsonville celebration 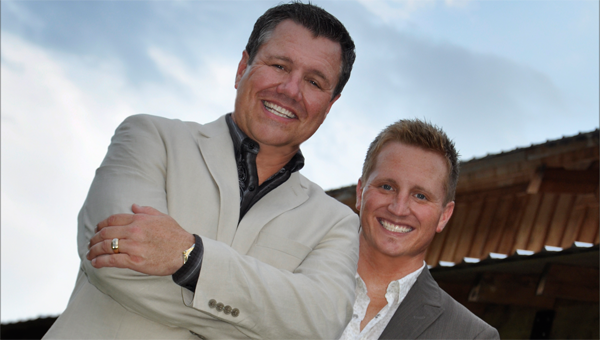 WILSONVILLE— The singing father and son duo, Jonathan and Jordan Wilburn, are visiting downtown Wilsonville to perform at the 19th annual God and Country Celebration June 26.

Wilburn&Wilburn has been performing as a team since 2011, when Jordan Wilburn graduated from college and asked his father, Jonathan, if they could perform together.

Wilsonville Baptist Church asked Wilburn&Wilburn to perform at the God and Country Celebration after they released the song, “You asked him to leave.” The song, which touches on the state of the country today, went to No. 1.

Jonathan said he believes the success of that song and its meaning is the reason Wilburn&Wilburn were asked to perform.

“We are looking forward to that date,” Jonathan said. “I like anything that combines God and Country, and that people recognize the significant need to have God as part of our country.”

This year, the festivities will begin at 6 p.m. in the town center of Wilsonville with a large-scale firework show starting at dark. There will be free food, live music and prizes. Matt Jones, the music minister at Wilsonville Baptist Church, said the event is truly celebrated community wide with everyone playing a role.

“It’s our big thing here in Wilsonville,” Jones said. “It’s something that brings the whole community together, and everyone is involved.”

The city handles all the food and beverages, the church books the singing performances and the children’s ministry coordinate the inflatables.

“We have a pretty good group each year,” Jones said. “I want to say several hundred people come out.”