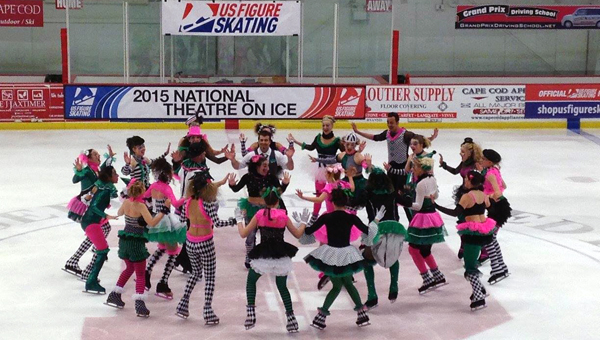 The National Theatre on Ice Competition will be held in Pelham this year, allowing groups of eight to 30 skaters to take the ice as a team. (Contributed)

PELHAM— After a year of preparation, the city of Pelham and the Birmingham Figure Skating Club are gearing up for the National Theatre on Ice Competition June 30-July 3.

This is the ninth annual national contest, and it’s Pelham’s first year hosting this large-scale competition. About 1,260 skaters comprising 71 skating teams will be participating, according to Craig Henderson, director of figure skating in Pelham.

“The hotels behind the rink have been booked for a year,” Henderson said. “We have estimated an economic impact of about $5 million dollars, which is substantial.”

Not only is this the first year for the competition to be held in Pelham, Henderson said it’s also the first time its been held in the south. Skaters will be coming in from Los Angeles to Boston to Colorado and more.

Henderson said Civic Center Director Danny Tate and Birmingham Figure Skating Club President took an interest in the competition and went after it. The two managed to be awarded hosting rights.

Groups can compete in open, preliminary, Special Olympics, adult, novice, junior and senior categories. Teams consist of between eight and 30 skaters and are judged on their ability to tell a story, presentation, artistry, costuming, originality and more.

Pelham is entering two teams—a high level and preliminary level team. Henderson said both groups want to continue Theatre on Ice even after the national competition in the city. The plan is to participate in next year’s competition in Evansville, Ind.

“More and more of these kids are more into group things, so this is really a great thing, I think, for the sport of figure skating,” Henderson said.