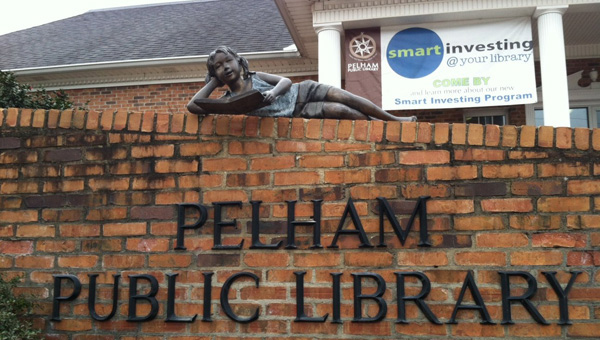 The Pelham Public Library is seeking input from residents concerning the design of the new library facility. (File)

PELHAM— After the city of Pelham entered into a $15,000 agreement with Goodwyn, Mills & Cawood for the preliminary design of the new library facility, the city is requesting input from Pelham residents.

“The Pelham Library is in the initial design phase for building a new library and would like to know what Pelham residents want to see in the new design,” read a June 29 press release from the library.

Residents may go online to complete a survey recently created by the Pelham Public Library related to the initial program design work.

Ideas for the design include additional space for each department, and increased parking, according to the release. New features are also being considered, such as study rooms, a snack area, a quiet area, a makerspace and more.

A makerspace is a creative learning space with 3D printers, electronics, craft and hardware supplies, according to librarian Russ Mitchell. The space would provide a  “more sophisticated and innovative craft space for Pelham residents to exercise their creativity and ingenuity.”

The agreement with GMC states that the company will collect data related to the budget, specific space requirements, parking requirements and spatial adjacencies of the new building, as well as the preliminary code and zoning requirements.

The preliminary location for the library is off U.S. 31 adjacent to Pelham Park Middle School and proposed future commercial development.

In regards to data collection, the agreement states that GMC will prepare a program for the library, which will include an analysis of the data collected and configuration of various building and site program requirements.

The program package will consist of drawings to illustrate the library, such as a diagrammatic site plan, diagrammatic floor plans and preliminary exterior renderings, as well as a report of the program data analysis, according to the agreement.

GMC will also include a spreadsheet depicting the areas required for program spaces, overall building area required to accommodate the program and an estimate of the construction cost based on averages for similar construction in the area.

Participants in the survey will have an opportunity to express their opinions on what they want from a new library facility based on what they believe the purpose of the modern public library to be.

The survey can be completed at the library, or online at www.pelhamlibrary.com.