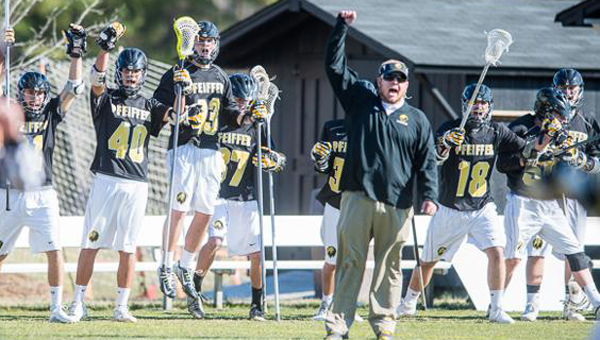 Montevallo has announced that Jason Lange will be the university’s first head men’s lacrosse coach. (Contributed)

MONTEVALLO – The University of Montevallo has announced Jason Lange as the new head coach of its recently established men’s lacrosse program.

“Coach Lange brings with him a wealth of experience,” said Montevallo Athletic Director Mark Richard. “He’s great at developing young men both on and off the field. We’re excited about him being our first head coach of the men’s lacrosse program at the University of Montevallo.”

Lange comes to Montevallo from Pfeiffer University in Misenheimer, North Carolina, a NCAA Division II school in the Conference Carolinas. Lange served as the head coach at Pfeiffer for the past three seasons.

Lange compiled a career record of 27-17 in his three seasons at Pfeiffer, including a 10-6 mark in Conference Carolinas play.

Prior to his arrival at Pfeiffer, Lange served as a member of the Mars Hill University coaching staff for four seasons. In his final season at Mars Hill in 2013, Lange helped guide the team to a program-best 11-3 record. Lange also helped lead the team to three consecutive Deep South Conference regular season championships during his time as an assistant coach at Mars Hill.

In six seasons combined as an assistant coach and a head coach, Lange has coached five All-Americans, 22 All-Conference standouts, three Conference Players of the Year, and one Conference Freshman of the Year. He also coached three players that were drafted into the National Lacrosse League, and one player that signed with a Major League Lacrosse team.

Prior to joining the Lions’ coaching staff, Lange was a standout on the field for Mars Hill. He served as a defenseman from 2004-09 where he helped lead the team to a Deep South Conference tournament championship in 2008 and a regular season title in 2009. Following the 2009 season, Lange represented Team USA at the Berlin Open in Germany and helped lead the team to the championship game.

Lange holds a bachelor’s degree in physical education with a minor in coaching.

Montevallo announced men’s lacrosse as the University’s 18th intercollegiate sport in May.  The Falcons’ inaugural season is set for the spring of 2018.