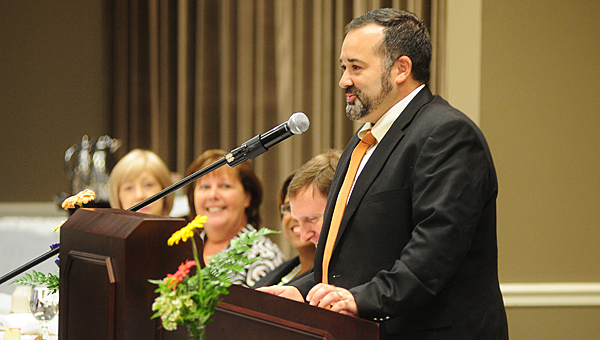 ALABASTER – With the recent departure of Alabaster’s city manager, the Alabaster City Council has named a pair of city employees to serve as acting city clerk and election official over the Aug. 23 municipal elections.

On July 22, former Alabaster City Manager George Henry announced he was resigning from his position with the city after seven years to take a job in the private sector. Henry’s final day with the city was on Aug. 1.

In addition to serving as the city’s manager, Henry also was the city’s clerk. In early July, the Alabaster City Council had also appointed him to serve as election manager for the upcoming city elections on Aug. 23.

As acting city clerk, Glasgow will record minutes from council meetings and work sessions, will handle absentee ballots for the municipal election, will handle the city’s public records and more.

Massey, who served as the Alabaster city clerk for many years, will oversee the municipal elections, which will be held from 7 a.m.-7 p.m. at the Alabaster First United Methodist Church’s Restore building at 128 Market Center Drive off Alabama 119. Following the elections, Massey also will be responsible for posting the results.

During the July 25 council meeting, Alabaster Mayor Marty Handlon surprised Henry with a proclamation in his honor, several Alabaster department heads attended the meeting to show their support and City Council members thanked Henry for his service to the city over the past seven years.

On Aug. 1, the city held a reception at City Hall honoring Henry.

“Over the last seven years, Mr. Henry has worked tirelessly to improve our great city and has supported Alabaster Fire Department without fail,” read a post on the Alabaster Fire Department’s Facebook page. “He has been a good friend of our department, and we are better because of his friendship. Thank you, George Henry, for everything you have done for us.”