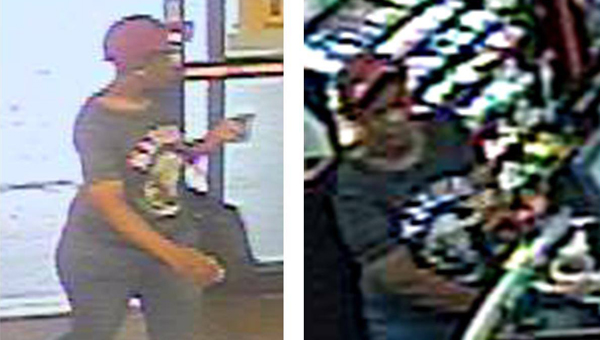 Hoover Police are hoping the public can help identify a woman wanted for questioning related to a recent theft.

HPD has released stills from surveillance video that shows a female believed to be connected to two felonies.

A shopper at Walmart off U.S. 280 had a wallet stolen from a purse that sat at the top of a shopping cart on June 11, according to a HPD press release.

Later on June 11, a credit card belonging to the victim was used fraudulently at Winn-Dixie off Valleydale Road.

Possible charges include theft of property third degree and fraudulent use of a credit card, both of which are felonies.

The suspect is believed to have been driving a light-colored sedan.

Also inside the stolen wallet was $15 cash and various other personal cards and information, Officer Brian Hale said.

Anyone with information about the suspect or the case should contact Hoover PD Detective Josh Wooten at 444-7616.

Anonymous tips can also be left at HooverPD.com/submit-a-tip.php.