COLUMBIANA – A 47-year-old Birmingham man is being held in the Shelby County Jail on bonds totaling more than half a million dollars after he was charged with allegedly trafficking methamphetamine in Alabaster. 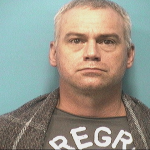 According to his arrest warrants, Beavers allegedly was found to be in possession of about 50 grams of methamphetamine while he was in the 500 block of U.S. 31 in Alabaster on Aug. 20.

To be charged with trafficking methamphetamine, a suspect must “knowingly have in actual or constructive possession” at least 28 grams of the controlled substance, according to state law.

When he was arrested, he also was allegedly found to be in possession of alprazolam and oxycodone, leading to his unlawful possession of a controlled substance charge.

As of Aug. 22, Beavers was being held in the Shelby County Jail on bonds totaling $506,000. He did not yet have a future court date listed.