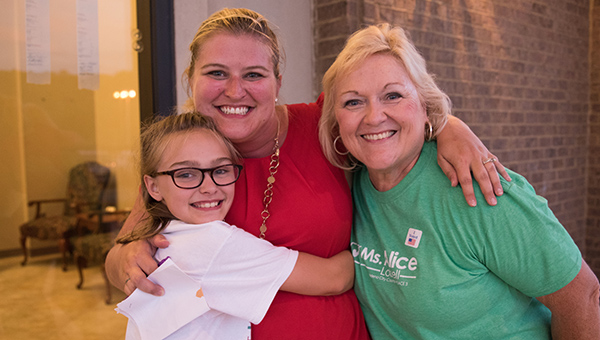 HELENA–Alice Lobell, A longtime Helena resident and lifelong educator that includes 25 years of teaching art at Helena Elementary School, defeated incumbent and current Helena City Council President Cris Nelson by a narrow margin of 688-650 for Place 3 on the Helena City Council at the municipal election on Tuesday, Aug. 23.

This was Lobell’s first time running a political campaign and she said running for a seat on the Helena City Council is something she’s always wanted to do.

Lobell praised Nelson for the work she has done over the past several years for the city and is excited she now has the opportunity to serve Helena.

“First of all, I’m so grateful for all the people who came out to vote and to me that’s so important that they took the time to come and vote,” said Lobell. “Cris has done a fabulous job and I hope I can learn as much as she has. I’m sure over the last 10 years that I can do as good a job. It’ll be hard to fill her shoes because she’s done a fabulous job.”

In her campaign, Lobell stated her two main concerns she plans to address will be the youth and city employees and she wanted to run because of the love she has for Helena and the community.

When asked how she felt now that the campaigning was done, Lobell said she didn’t have nerves and was at peace.