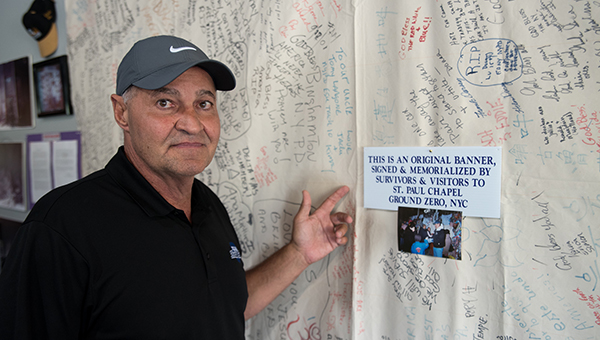 Helena Health Club Owner Terry Brasseale stands beside an original signed banner from Ground Zero in New York City that was signed to honor those in the 9/11 attacks. Brasseale has set up a memorial in Helena Health Club for the 15th anniversary. (Reporter Photo/Keith McCoy)

HELENA– “We will never forget!! May this bring peace all around the world.” This was one of the thousands of messages displayed on a canvas banner that currently hangs on the wall in Helena Health Club, but this isn’t your typical banner.

Sept. 11, 2001, was one of the worst acts of terror to occur on U.S. soil and is a day many Americans will never forget, including Helena Health Club Owner Terry Brasseale.

Now, nearly 15 years later, Brasseale has a piece of history hanging on the gym wall at Helena Health Club.

Brasseale was one of thousands of volunteers who traveled to Ground Zero in the months following the 9/11 attacks to help work a 24-hour shift at St. Paul’s Chapel in Lower Manhattan, New York City.

“What is so interesting about that Chapel is that it was the only building still standing after the collapse of the World Trade Center,” said Brasseale. “Not one window was damaged at the church and about seven total buildings surrounding it were completely destroyed.”

In the months following the attacks, the Chapel served as a place of shelter and safe haven for the thousands of firefighters, police officers, first responders and volunteers who needed to take a break while working through the debris and rubble on Ground Zero.

Brasseale was one of the lucky ones who received a call in November 2001 to fly up to New York to serve as a volunteer on a 24-hour shift at the Chapel. When he flew back home to Alabama, he returned with a piece of history.

“A line would form early in the morning at the Chapel that wrapped around for blocks of people wishing to volunteer or people just coming by to pay their respects,” said Brasseale. “Along the fence line around the Chapel, canvas banners were hung up and I spent 12 straight hours handing out magic markers for people to sign the banners. This went on for eight straight months and in total more than 450 or 500 banners full of signatures and messages were collected.”

During his time volunteering, Brasseale wanted to take one of the banners home as a way to pay tribute to those lost in the 9/11 attacks.

“While working my shift, I ended up asking if I could have one of the banners, and at first I was told no because the banners were going to go to the Museum of History,” said Brasseale. “I ended up explaining why I wanted a banner and what I intended to do with it once I got back to Alabama, and they ended up letting me have one.”

Brasseale now brings out the banner every five years, along with numerous pictures, flags and other items and sets up a memorial in his gym to honor those lost in the 9/11 attacks.

“With this year being the 15th anniversary, my main goal was to hang up the banner and create the memorial so the younger generation could come by and truly see what happened that day,” said Brasseale. “I didn’t do this for any publicity or to sell memberships or anything like that. I have already invited the Helena Police Chief and the fire department to come out to see it and to thank them. I just want to encourage and invite any police and firefighters to come over to the gym to see it, as well as parents to bring their kids to see a piece of history.”

Brasseale said the memorial would be hung up in the Helena Health Club for the whole month of September.

Brandon Booth, who also serves as an owner at Helena Health Club, said he has already given a history lesson on the banner in the short time it has been in the gym.

“We had a kid come in here the other day thinking it was a banner to sign and I said ‘No, no let me tell you what this banner is all about right here,’” said Booth. “I think it’s just a neat thing to have up and explain to people, especially kids who weren’t old enough at the time, the meaning behind the banner and why it’s so important.”

The Helena Health Club is located at 4766 Shelby County 52 in Helena. 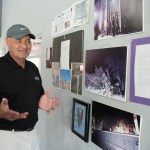 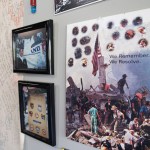 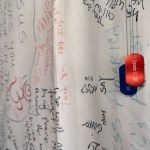 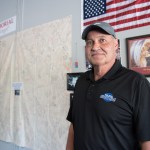 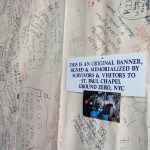