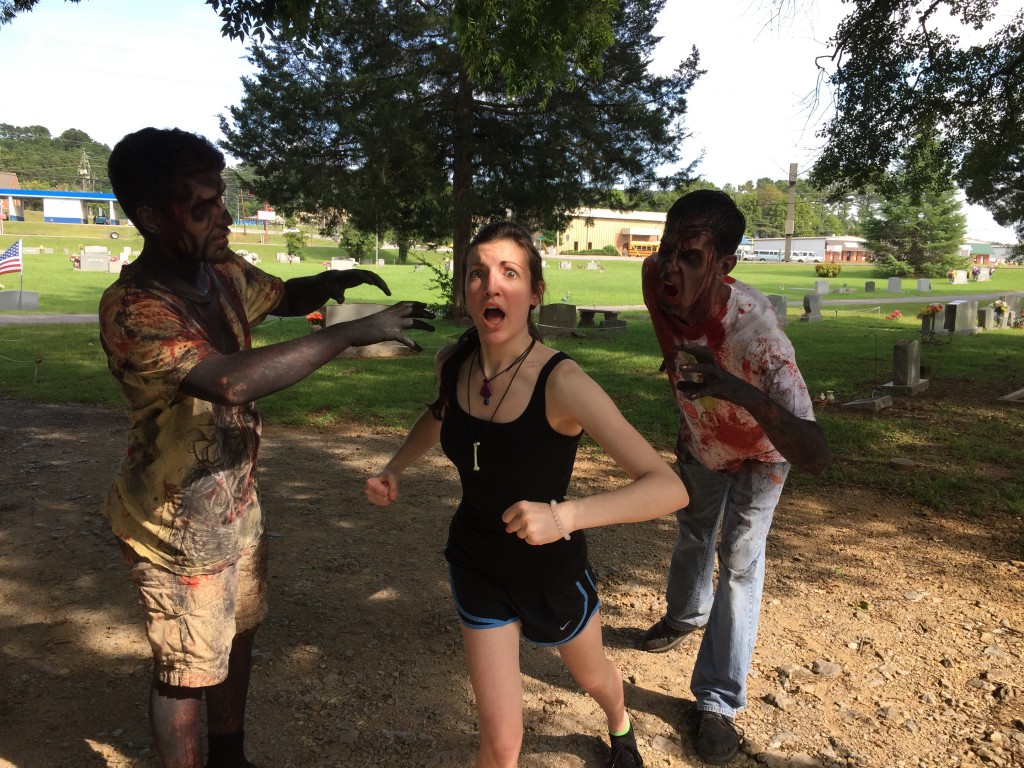 PELHAM – The haunted season is starting a little early this year with the 2nd Annual Zombie Run 5K on Sept. 17.

Proceeds from the run, presented by Warehouse 31, a haunted house attraction, and the America Cancer Society, will benefit Relay for Life.

Warehouse 31 owner Jason Sills said since moving his business from Florida to Alabama in 2013, he’s wanted to host a Zombie Run in Alabama like he did in Florida.

Sills met American Cancer Society employees when they rented space at his warehouse for an event. He said it was then that his zombie run idea came together.

Last year’s inaugural event attracted about 200 runners, raising close to $2,000 for Relay for Life, Sills said. He hopes to have about 300 participants this year.

“It’s just a fun 5K and it’s something different to do, and it helps a good cause,” he said.

During the 5K, blood-hungry zombies will be popping out and chasing participants when they least expect. The race will start and finish at Warehouse 31, located at 3050 Lee Street.

Registration begins at 8 a.m. and the race starts at 10 a.m. Registration is available until day of the race with no late fee.

Participants who choose to run in the 5K will be “zombie bait.” During registration, each runner will be given a flag belt with 2 flags attached. Runners will wear their belts so that one flag is on each hip and zombies will attempt to remove the flags to “infect” the person. Additional flags can be purchased for $5.00 each on the day of the race.

Each zombie may only take one flag. Even if a runner becomes “infected” and has lost all of their flags, they can still finish the race and they do not become a zombie.

There will also be awards and VIP tickets given to the zombie that collects the most flags and for most creative zombie.

After the race there will be a survivors party with music, a photo booth, food and awards.