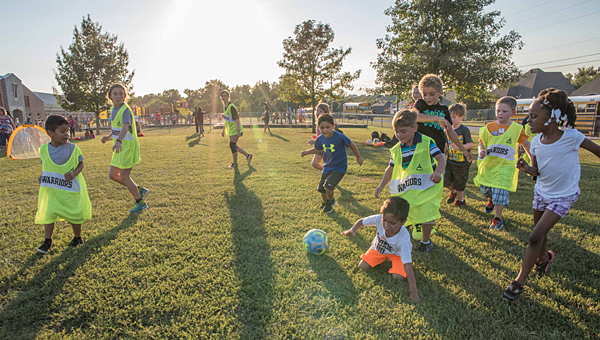 The Alabaster City School System is projected to bring in about $67 million in revenues during the 2017 fiscal year, according to a budget the School Board approved on Sept. 12. (File)

ALABASTER – The Alabaster City School System is projecting about $67 million in revenues for the 2017 fiscal year, which will begin in October, according to a budget passed by the city’s Board of Education during a Sept. 12 meeting.

School Board members voted unanimously during the meeting to approve the budget after holding their second and final public hearing on the matter. The first budget hearing came on Aug. 30.

The 2017 budget includes a total of about $67 million in revenues, which is up about 5.5 percent over last year to account for statewide teacher raises approved for this school year.

The budget includes about $138.2 million in expenditures, but the numbers are skewed by the system’s new high school construction and existing school renovation projects, which are being funded by $120 million in bonds the system issued in 2014.

The 2017 expenditures include $69.5 million in capital projects and about $8.1 million in debt service. The new high school is scheduled to open off Thompson Road in the fall of 2017.

Included in the projected expenditures are also about $35.3 million for instructional services.

Other budget highlights include $200 in classroom money for each teacher and library enhancement money on top of what the state provides, Vickers said. The school system is on track to end the 2016 fiscal year with about $14.8 million in reserve, which represents about 3.4 months of operating expense, he said.

By JENNIFER MAIER / Community Columnist It won’t be long before Miss Alabama Hayley Barber will be packing her bags... read more