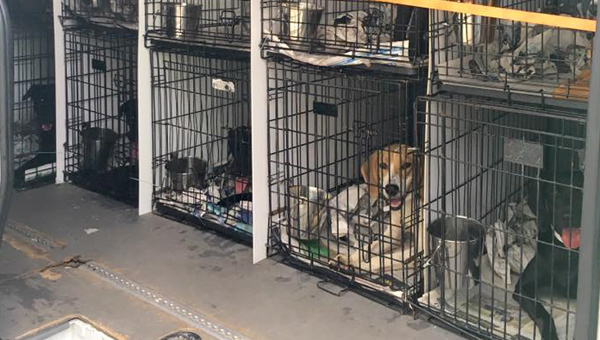 Shelby Humane Society has partnered with Alabama Spay/Neuter to offer a special promotion for spaying and neutering pets. After receiving 458 animals to the shelter in August alone, they decided a promotion to lower that number down would be wise. (Contributed)

The Shelby Humane Society is offering a special spay and neuter promotion in the upcoming months to help lower the recent overpopulation of animals coming to the shelter.

“In the month of August alone, Shelby Humane Society saw 458 animals come into the shelter,” said Shelby Humane Quick Fix Coordinator Allyssa Colburn. “Many of those are stray liters or unplanned litters that people couldn’t care for.”

Colburn said the goal was to lower the cost of the procedure so those numbers could come down.

“Our tagline is ‘The first step to no kill is no birth,’” she said. “Fewer animals being taken to shelters will lead to fewer having to be euthanized and help keep shelters from becoming overcrowded.”

The promotion will take place on three different dates at two separate locations. On Sept. 29 and Dec. 1, they will be at the Piggly Wiggly in Columbiana and on Nov. 3, they will be at Winn Dixie in Chelsea.

The special pricing includes $45 for female dogs, $40 for all other pets and a flat rate of $50, which includes a rabies vaccine.

“We want to increase the number of animals that are being spayed or neutered in Shelby County to help with our overpopulation problem and give people a general education on what spaying and neutering does,” Colburn said.

Alabama Spay/Neuter is putting on the promotion with Shelby Humane Society, which was made possible by a $5,000 grant from the Remy Fund.

Remy Fund is an organization that supports programs that rescue, neuter, educate and give therapy to animals.

Colburn said for those who can’t make it during the special promotion the shelter can try to fit people in at the clinic on a different day.

“If we can get them in at the clinic they will receive the same deal, but have to be able to provide transport for their pet to Alabama Spay and Neuter,” she said.

You can sign up for the promotion by calling 610-0936, visiting Shelbyhumane.org or their location at 381 McDow Road in Columbiana. The first 30 to sign up get a free tote bag and stress ball.

A Global Management Group employee works to complete a project to renovate the entrance to the parking lot at Warrior... read more