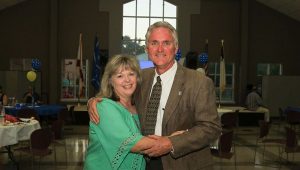 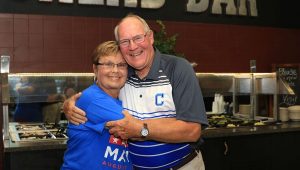 CHELSEA – The topic of who will be Chelsea’s second ever mayor is getting more intense as we inch closer to the Oct. 4 run-off between Dale Neuendorf and Tony Picklesimer.

Before a new mayor will be determined, a forum will be held on Thursday, Sept. 29, at 6:30 p.m. at the Chelsea High School Auditorium, located at 10510 Highway 11 in Chelsea.

In the original election, back on Aug. 23, Picklesimer garnered 1,100 votes while Neuendorf accumulated 761 total votes and Alison Nichols brought in 452.

“I am looking forward to the opportunity of the run-off election, to earn that position of mayor and demonstrate to the people that we can build Chelsea into the city we would like to be,” Neuendorf said back on Aug. 23.

“It wasn’t a surprise for us to be in a run-off,” Picklesimer said. “We were expecting to be in this position and will continue on to the run-off on Oct. 4.”

The two will take the stage to tell people why they should cast their votes for them, and each candidate knows there is more they can do to win votes.

“Obviously our message didn’t reach all of the voters that we need to get the message to,” Neuendorf said. “There’s a lot of work for us to do, but it’s not the end of the world.”

Picklesimer on the other hand said he felt like he did a good job in the original election of reaching out to the residents of Chelsea.

“The citizens of Chelsea have responded to me and the fact that I am staying on issue,” he said.

He also added even though he had a great number in the original election there are several more votes to winover and he knows that will be an important factor in determining who will win.

This is the 20th anniversary of the city of Chelsea as they transition away from their only mayor in Earl Niven. The forum on Thursday, Sept. 29, is the next step in that transition.