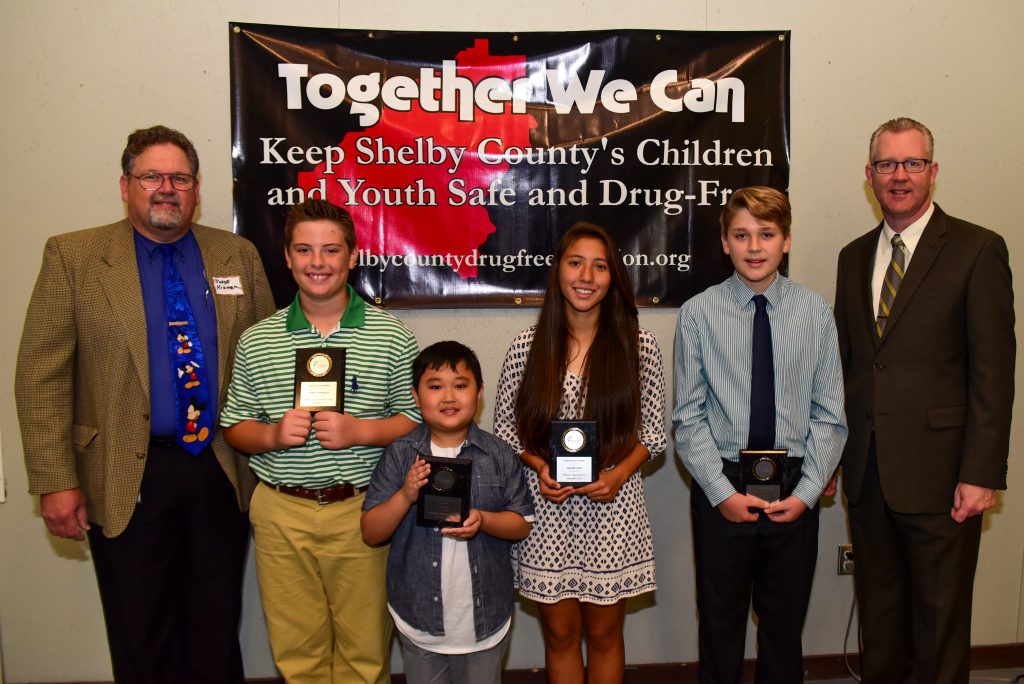 ALABASTER – Four Pelham City Schools students were recognized Wednesday, Sept. 21, during the Character in Action awards ceremony for demonstrating what it means to have good character.

Shelby County District Court Judge Jim Kramer, who presides over the Shelby County Juvenile Drug Court, Truancy Court, Child Support Court, early warning sessions and is chairman of the Children’s Policy Council, said the Character in Action award ceremonies, held at Family Connection in Alabaster, are especially enjoyable for him because it isn’t often he gets to recognize children for doing the right thing.

Every year each Shelby County school district selects one student from each of its schools to receive a Character in Action Award presented by the Shelby County Drug Free Coalition.

The ceremonies are held separately for each school district. These students have been handpicked by teachers for displaying respect and kindness toward others.

As each student walked up to accept their award, LeAnn Rigney, chief probation officer for Juvenile Court, shared comments from teachers about why each student is deserving of such an award.

Adan, who was accompanied by her parents Juan and Maria Adan, is always the first to volunteer when help is needed and is always quick to act in crisis situations, Rigney said. Her teachers noted that she always does what is asked of her with a good attitude and described her as a wonderful example of the right thing to do.

Adan is a member of band and numerous honors organizations and volunteers at local hospitals. She also helps care for a family member with special needs and works at her family’s restaurant.

Younger students at Riverchase Middle look up to Terry, who was accompanied by his grandmother Lynn Terry and father Wade Terry, because he takes the time to befriend them, Rigney said. His teachers noted that he has wonderful manners, is a leader throughout school and is respected by all.

Although schoolwork doesn’t always come easy for Terry, his teachers noted that he always works to improve and has a growth mindset.

Justin Kim, accompanied by parents Jihoon and Hae Kim, was described as being a team player who considers the thoughts and ideas of others. Teachers noted that he clearly and kindly expresses his feelings whenever he disagrees with a classmate, and he even befriended a classmate who often sat alone during lunch.

“Justin took the time to sit with the classmate during lunch and invited the student to join him and his friends during class activities,” Rigney read.

Henningsen, who was accompanied by his parents Todd and Melanie Henningsen, exhibits respect to adults and students, Rigney said. He was described as patient and polite, especially to his little sister who is a fourth-grader at Pelham Ridge. His teachers noted that he also offers helpful hints to students who may need help in class.

Henningsen has a life-threatening allergy to latex and is currently working with an athletic wear manufacturer to make equipment and clothes for those with a latex allergy.

“I appreciate the parents and the teachers for you’re doing for these children,” Kramer said. “Without your support and positive guidance, they wouldn’t be here today.”

Students learn about leadership at summit