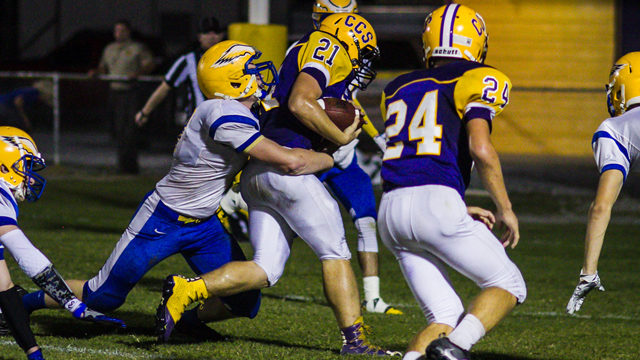 Logan Tucker and the Cornerstone Chargers took down ACSC opponent Hope on Friday night by a final of 41-0 to move to 4-1. (Contributed / Twanna Arnold)

COLUMBIANA – Cornerstone Christian took little time to rack up a five-touchdown lead in the opening quarter en route to a 41-0 win over Hope Christian School Friday night in the first meeting between the two teams.

The win extends the Chargers’ win streak to four games, its longest since 2012, with Evangel Christian School (Alabaster) coming to town next week for Homecoming.

“We wanted to come out and play well and not be sloppy. We know who we’ve got next week,” said CCS head coach Tim Smith. “I thought the kids did what they were supposed to do. We came out and ran the ball well and played great defense in the first half.”

McNamee closed the opening quarter with a 54-yard touchdown pass to JoJo Joiner with 53 seconds to play – his first pass of the game. The Charger QB finished the night with 113 total yards on 3-for-3 passing for 74 yards and added 39 yards and three TDs on the ground. Joiner had two catches for 70 yards.

Cornerstone’s 35-0 first quarter lead was set up by interceptions by Joiner and Tanner Falkner, a fumble recovery by Rhett Edmondson and a blocked punt by Patrick Howell.

Logan Tucker, who led the Chargers with 87 yards rushing, added a 3-yard touchdown run with 7:30 to go in the second quarter to round out the Chargers’ scoring at 41-0. Tucker missed the point after kick, leaving him 5-of-6 on the night.

Cornerstone ate up the clock in the second half to conclude the game in less than two hours. Blankenship, who had 33 yards rushing on offense, picked off two passes to end each of Hope’s final two drives in the fourth quarter.

Edmonson and Theo Mangos led the defense with six tackles each, while Jacob Foster had four tackles and a pass breakup.

Hope, which travels to Kingwood next week, drops to 3-3 overall on the season and 1-1 against 11-man AISA competition. 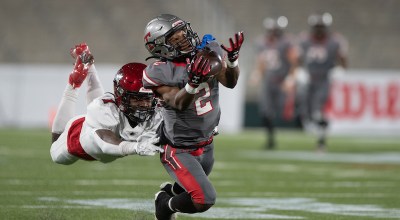 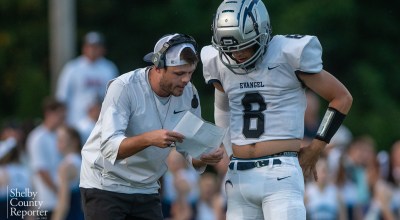 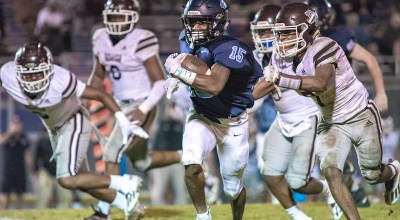