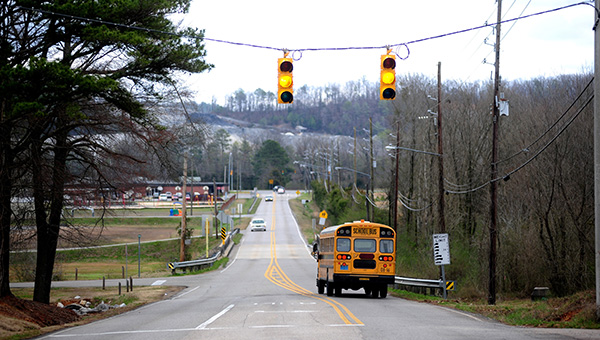 Construction likely will start soon on a project to widen and add sidewalks to a portion of Thompson Road in Alabaster, after the project successfully bid earlier this year. (File)

ALABASTER – The Shelby County Highway Department is working with the Alabama Department of Transportation to make final preparations before construction begins on a project to widen and add sidewalks to Thompson Road, and the project’s cost came in significantly lower than projected.

Through the project, Alabaster is working with the Shelby County Highway Department and the Alabama Department of Transportation to widen the road and replace a bridge over Buck Creek.

On Oct. 13, Shelby County Engineer Randy Cole said the bids had already been opened for the project, but ALDOT had not yet formally awarded the contract, as it was working through a few final preparations before doing so.

“I don’t have a definite timeline, but construction on that project should start soon,” Cole said. “It’s really dependent on the weather.”

Cole said the Highway Department originally estimated the project would cost about $3.8 million, but said the low bid came in at about $3.5 million.

“We were very happy about that,” Cole said.

Cole previously said the funding for the project will be 80 percent federal funding and the county will fund the remaining 20 percent.

Once construction begins, Cole said it likely will take “several months” to complete the project, and will again be weather-dependent. While crews replace the bridge over Buck Creek, traffic will be rerouted to a temporary bridge.

Through the project, Shelby County is also planning to extend Buck Creek Trail from its current terminus at Warrior Park to what is now the Thompson High School campus. The widening project also will help to handle traffic traveling to and from Alabaster’s new high school, which is tentatively set to open in the fall of 2017.