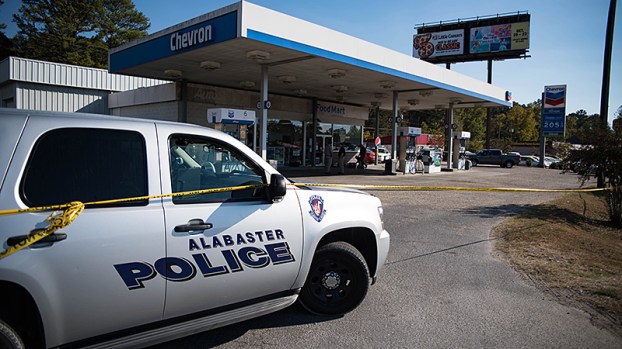 ALABASTER – The Alabaster Police Department has made an arrest in the Oct. 30 murder of a clerk at the Kirkland Chevron convenience store off U.S. 31, police announced on Nov. 4.

Alabaster police arrested 43-year-old Michael Anthony Powell, who lists an address on Third Street Northeast in Alabaster, shortly after 5 a.m. on Nov. 4 and charged him with one count of capital murder during the course of a robbery. 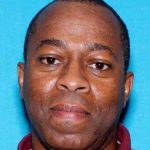 Powell is being held in jail without bond, and has been “uncooperative” since he was arrested, said Alabaster Police Chief Curtis Rigney.

According to his arrest warrant, Powell “was in the course of committing a robbery of U.S. currency” at the Chevron gas station in the 1300 block of U.S. 31 on Oct. 30 when he allegedly shot and killed 54-year-old Pelham resident Tracy Latty Algar with a handgun. Algar was working as a clerk at the gas station at the time of the incident.

Alabaster police responded to the gas station after receiving a report of a robbery at the location. When officers arrived, they discovered the clerk shot to death, according to Rigney. Rigney previously said the shooting likely happened sometime between 9-11:15 a.m.

“This was a brutal crime. This is not something that we see here,” Rigney said. “Alabaster is one of the safest communities in the state of Alabama. The citizens are not used to this kind of brutality here, so it hit us hard, it hit our citizens hard. It hurt, so we needed to get this solved. We needed to get this guy off the street quickly.”

On Oct. 31, Alabaster police released an image and video of a “person of interest” in the case, and requested the public’s help in identifying the man. The video and the community’s help aided in identifying the suspect, Rigney said.

Rigney said APD detectives worked 18-to-20-hour days in the days after the crime following up on leads and tips from the community.

“I want to say a very special thank you to those citizens who came forward to provide information to help solve this case,” Rigney said. “Law enforcement officers cannot be everywhere, so it takes the help from the community to work together with law enforcement to not only prevent crime but to bring someone to justice when it does occur.

“We did not expect on Sunday that we would have an arrest at this point,” Rigney added.

Alabaster Mayor Marty Handlon credited the police department’s relationship with the community in helping to solve the crime.

“Thanks to Chief Rigney’s diligent efforts in relating to the community, relationships with the community, people are really buying into that and being more aware of their surroundings,” Handlon said. “I know that this really does give our community some peace and comfort when we have such a horrific crime.”

Angel Warriors hosting event for those with special needs