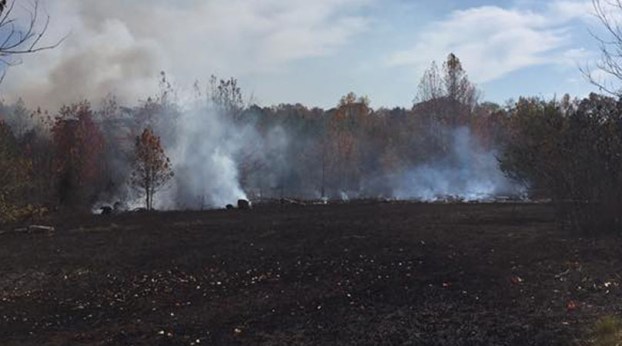 Firefighters from the Alabaster Fire Department, West Shelby Fire and Rescue and the Montevallo Fire Department contained the fire about an hour after their arrival. (Contributed)

Firefighters from the Alabaster Fire Department arrived on the scene of a large fire near a private residence in the Silver Creek subdivision at 11:08 a.m. Nov. 25.

According Golden, the fire was contained at 12:10 p.m. The scene was cleared before 2 p.m.

While the cause of the fire is still unknown, Golden said the recent drought conditions may have had an effect on how the fire started and how quickly it spread.

“The dry conditions certainly did not help,” Golden said. “As long as the drought is in effect, outdoor burning is absolutely prohibited.”

No deaths or injuries were reported. There was also no reported structural damage. The Alabama Forestry Commission is currently investigating the cause of the fire.