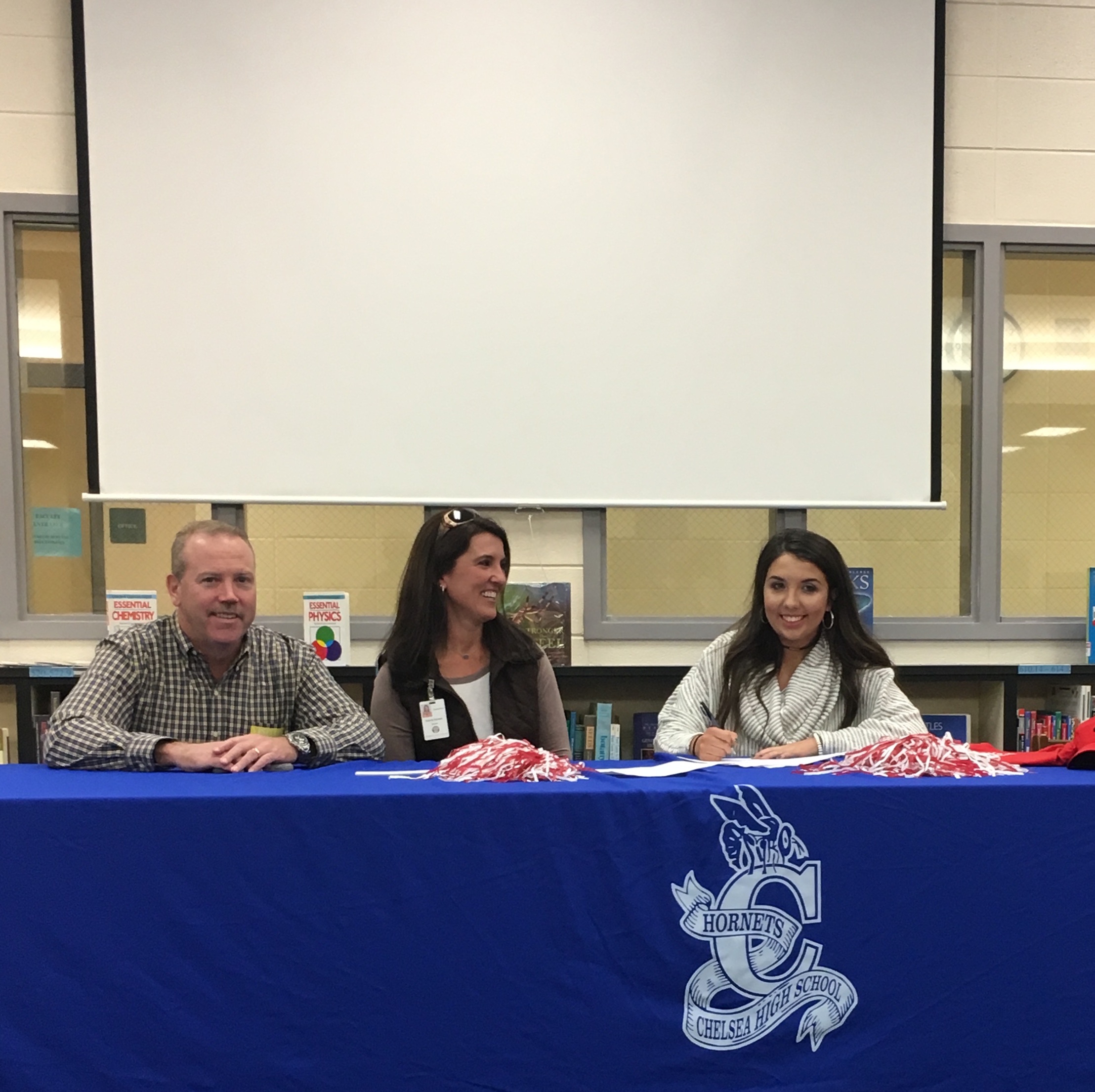 Hackett, pictured with her parents, signs her National Letter of Intent to play volleyball at Gadsden State next year. (Contributed)

CHELSEA – Chelsea Volleyball player Taylor Hackett signed her National Letter of Intent to continue her sports career at Gadsden State. Hackett made the announcement at a signing in the school library on Friday, Dec. 2.

During her senior season for the Hornets, Hackett had 141 kills, 347 assists, 225 digs, 48 aces and 18 blocks. She helped lead Chelsea to one of their best seasons in its history as they posted a 39-9 record and won the regular season Class 6A Region 8 championship over Helena and Pelham.

“It’s great to see these girls moving on to the next level,” said Hornets head coach Jessica Pickett. “I am so proud of them and they deserve nothing but the best. I wish them all of the success in the world as they continue their volleyball careers.”

Hackett is the second Hornets’ senior player to sign a letter of intent to play at the next level, after fellow senior Lexie Riggins signed her letter of intent last month with Wallace State Community College at Hanceville.