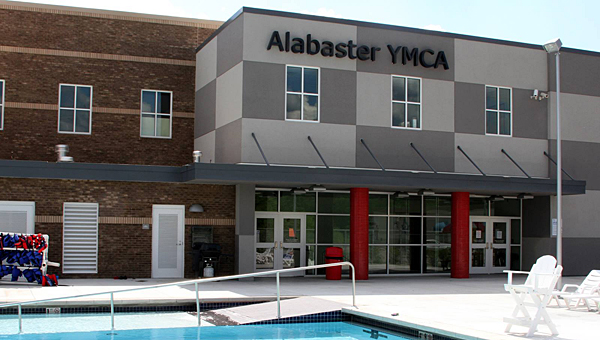 Second graders at Meadow View Elementary School had the opportunity to swim for free between 6-7:30 p.m. on Thursday, Dec. 15, at the Alabaster YMCA. According to YMCA Youth Sports and Aquatic Director Chris Honeycutt, allowing the kids to swim was a reward for the kids’ participation in the YMCA’s Safety Around Water program during the fall semester.

“What we’re doing tonight is a culmination of the Safety Around Water program. We do the program for kids in the Alabaster City Schools system. At the end of each semester, we try to offer kids a night to come back to the Y, bring their families and swim. It’s an opportunity for them to get another chance to swim at the YMCA,” Honeycutt said. “This is just a way for the Y to give back to the kids who participated in our program.”

According to Honeycutt, the Safety Around Water program taught 12 second grade classes how to swim and the basics of water safety.

“During the fall, all of the [MVES] second grade classes came and got a week’s worth of free swim lessons,” Honeycutt said. “[They learned] basic water skills like being able to float, being able to roll over, what to do if they’re ever in any kind of water incident and basic strokes. It’s also paired with character traits like honesty and respect.”

Each class spent 30 minutes in the YMCA’s outdoor pool and received 30 minutes of instruction indoors.

“One week, class A and B would come. They’d do 30 minutes in the water each day and spend 30 minutes in the classroom learning about water safety through worksheets and teaching. The next day, two more classes would come. We’d just do that until all of the classes have had he chance to come,” Honeycutt said. “They came during school. They would arrive at 12:30 every day.”

Honeycutt said some students who participated had no prior experience with water.

“They’ll start with a life jacket, because they have such a fear of water. By the end of the week, we have them all out of life jackets. We’re teaching them how to jump in, to come to the surface and get to the side of the pool,” Honeycutt said.

MVES parents also saw the benefits of Safety Around Water.

“Any opportunity [my son] can get to be safer, I want to take advantage of. A lot of times, people have accidents in water and they’re not prepared. A lot of times, you can save a life by just being able to think in the water,” Evan Morris said.

The YMCA plans to include Creek View Elementary School students in the Safety Around Water Program during the spring semester.