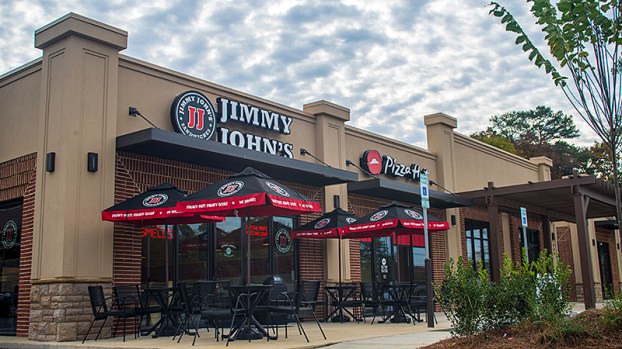 ALABASTER – Taziki’s Mediterranean Café soon will open its second Shelby County location, as a developer has announced the restaurant signed a lease for the recently constructed Alabaster Landing development next to Shelby Baptist Medical Center.

Taziki’s will occupy 3,300-square-feet of currently vacant space next to Jimmy John’s and Pizza hut in the new development.

Taziki’s, which now has 67 restaurants across the country, is known for its assortment of seafood, vegetarian options and fresh prepared meats.

“We are excited about our expansion in Shelby County,” Taziki’s founder Keith Richards said, noting this will be the company’s eighth location in the Birmingham metro area. “Taziki’s is committed to Alabaster and we look forward to engaging with the community, both inside and outside of the restaurant.”

Harbert Realty Services recently completed Phase I of the Alabaster Landing development, and Jimmy John’s and Pizza Hut opened in early November. With the addition of Taziki’s, two spaces remain available for lease at the center, said Harbert Vice President of Retail Development James Proctor, who is the leasing agent for the property.

“Our development philosophy was derived from the lack of fast casual restaurants within walking distance to the hospital,” said Proctor. “Alabaster Landing satisfies the void of high quality new restaurants to the city of Alabaster.”

“We are pleased and excited to have Taziki’s join our other tenants in our Alabaster development,” said Harbert CEO David Williams. “Taziki’s brings a great operation, fabulous cuisine and a proven restaurant brand that is a perfect fit for the Alabaster Medical Mile.”

Alabaster Mayor Marty Handlon said she was “thrilled” with the restaurant’s announcement.

“We are thrilled to have Taziki’s in our community,” Handlon said. “Taziki’s enhances the quality of life in every community they choose to locate, and we look forward to having their brand in our restaurant offerings.”