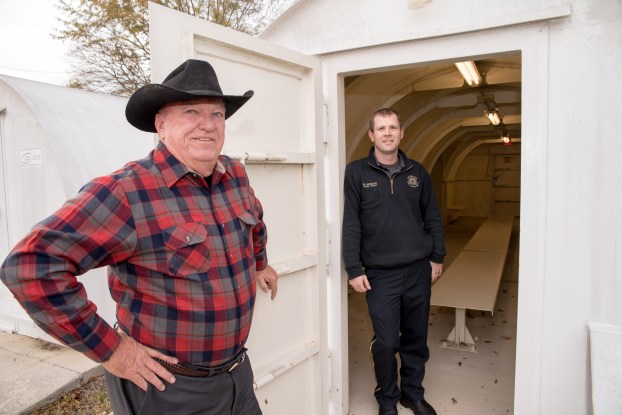 California has earthquakes, northern states cope with blizzards, the southeast and eastern coasts deal with hurricanes and here in the South and central U.S., we have tornadoes.

Shelby County EMA Director Hub Harvey said typical tornado and severe weather months in Alabama include March, April, May, November and December. Tornadoes have historically occurred the most in April, with November and December being the second and third most common months for severe weather. March and May come in at fourth and fifth, respectively.

Over the years Alabama has been hit with some deadly tornadoes and severe weather. If these tragedies have taught us nothing else, they’ve taught us that we should all be prepared.

From downloading weather applications onto devices, stocking up on water and nonperishable foods, buying weather radios, batteries, flashlights and generators, we’ve become well-versed in how to prepare. For some tornadoes, we know that the best way to protect ourselves is by bunkering down in the safest place in our homes or in the nearest storm shelter. But unfortunately, storm shelters are a rare commodity here in Shelby County.

In a county with 208,713 people, there are five storm shelters available to the public that meet Federal Emergency Management Agency guidelines. There are storm shelters located in Columbiana, Vincent, West Shelby, Westover and Helena.

The storm shelters in Vincent and West Shelby can hold 150-160 people each, Harvey said. Westover Fire Department officials said theirs can hold about 50-60 people, and Columbiana Mayor Stancil Handley said the city’s shelter accommodates about 120 people.

When Helena High School was built in 2014, two large storm shelters were included in the school’s design. Helena Mayor Mark Hall said the city has an agreement with Shelby County Schools that allows the city to utilize the storm shelters at its discretion.

“Of course if severe weather occurs during the day, the school will be using it for students,” Hall said, “but it’s great to have that resource available to us when it’s not in use. We’ve developed a great working relationship with the school system.”

In addition to the school, Hall said the large meeting room in City Hall and the gymnasium at the Helena Sports Complex would also open to residents.

Helena High School was built to hold 1,200-1,400 students, so the storm shelters can accommodate up to that many people. The reinforced rooms can withstand winds up to 250 miles per hour.

For areas without a proper storm shelter, city officials have other alternatives available. In the event of severe weather, Pelham Mayor Gary Waters said the city opens all of its municipal buildings to residents who don’t feel safe in their homes. City Hall and the police department are equipped with basements, and Pelham Civic Complex and Ice Arena all of the city’s fire stations would also be open to the public.

During former Mayor Don Murphy’s administration, Waters said the city applied for a grant to build storm shelters in the city. In 2013, Waters and the city council unanimously voted to turn down the FEMA grant after expressing several concerns about the grant. The grant would have funded five storm shelters.

“We couldn’t put the shelters where we wanted and needed them,” Waters said.

Waters said the stipulations for the grant were very rigid and the city would’ve had to place them in locations determined by FEMA. The grant would’ve also required a much higher funding match from the city than originally anticipated.

“They wanted them in inconvenient and out-of-the-way locations, so we decided to pass on it,” Waters said.

“It hasn’t been discussed yet, but it will have bathrooms, showers and everything we need,” Waters said. “It just makes sense.”

Hall said the city of Helena has also passed on grants because they were cost prohibitive. He said some grants required as much as a 35 percent match.

“If there were grants available with a reasonable match, we would consider it,” Hall said. “But sometimes we don’t qualify for the grants and sometimes the match is too much.”

“I can’t imagine being able to build enough for than many people,” Handlon said. “There can’t be anybody turned away and our budget is so limited with just maintaining the facilities that we already have.”

Safest places in a house

Harvey said those who opt to take shelter inside their home should be mindful of a few things. Harvey said the safest place in a house is an interior room without windows, like a closet, bathroom or basement.

“The recommendation is that you should put as many walls between you and outside winds as possible,” Harvey said.

Harvey said areas underneath stairwells are usually good places to take refuge because they tend to be located in the center of the home.

He said he has also noticed an increase in Shelby County residents who have decided to install a storm shelter at their residence.

“I get a call at least once a week from people asking about installing their own shelter and I always encourage them to do so if they can,” he said. “Some big box stores have samples you can look at and there are dozens of options to fit various living situations. I encourage everyone to go to a big box store and see what they have.”

But Harvey said knowing where you will take shelter during severe weather isn’t the only thing residents should be thinking about.

“Do you have a communication plan with your family? How are you going to get info? Weather sirens are deigned to warn you to find shelter if you’re outside – they’re not meant to be heard inside.”

“You can set it for various locations if you want to be alerted of weather conditions in other areas – maybe you have relatives who live somewhere else,” Harvey said.

Weather radios are also useful because they can be preset to certain stations. Harvey said families should also have a communication plan. He said his family uses the Uncle John Plan. With this, a relative who lives in a different city or state is picked to be the point of contact for your immediate family. In the event of severe weather, everyone texts or calls Uncle John afterward to check in and let him know they’re safe.

Harvey said this is a good way to make sure all family members are accounted for. Someone who lives in the same area isn’t a good idea because they were likely affected by the same storm, he said.

Harvey said the bottom line is that families need to be prepared, which means sitting down and mapping out a plan in that case of severe weather.

By GRAHAM BROOKS / Staff Writer Shelby County has been ranked as the most affordable place to buy a vehicle... read more