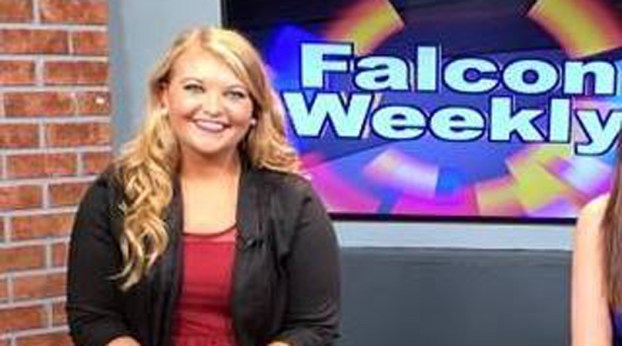 Hope Finley has recently started a video series featuring stories about Shelby County locals and people who are from the area. (Contributed)

Columbiana resident Hope Finley has recently started working on a video series to document the stories of people who live in Columbiana and surrounding areas.

“It’s about ordinary people with extraordinary stories,” Finley said. “There are a lot of really neat people in Columbiana and the Shelby County area who have their own stories that should be told.”

Finley was originally inspired to do the series after working on a project for a class at the University of Montevallo.

“I did a package on the place where I work, the Clothes Tree by Deborah. It’s been in business for 52 years, and a lot of people didn’t know the backstory behind it,” Finley said. “This all started because of people’s comments on the interview I did with my boss.”

Finley has been busy setting up interviews with locals and notable people who are from the Shelby County area.

“There are a few older men in the area that played for Bear Bryant. One of the guys that I recently spoke to is the global spokesperson for Benefit Cosmetics, and he graduated from Shelby County High School,” Finley said.

She has also set up interviews with an arena football coach in Arizona, a major-league baseball player and the CEO of a large corporation from Shelby County.

“Some people are out of state, so it can be hard to figure out things like traveling issues,” Finley said. “I want to travel to meet them. Hopefully, one day I can.”

Finley said she primarily finds stories through word-of-mouth, and that social media has been a useful tool.

“I posted about it on Facebook, and [the response] has been overwhelming,” Finley said.

The stories in the video series will primarily be about sports, business and local history.

“A lot of this is sports-related, because sports are a big thing down south. I’ve also gotten suggestions about memories of people who have passed on within the community,” Finley said.

Finley plans on utilizing social media to release the videos.

Finley is currently a senior Mass Communication major at the University of Montevallo. Anyone who wants to give suggestions or tell their stories can send her an email at khopefinley@gmail.com.

“If anyone has any suggestions, please feel free to contact me. I would love to hear from anybody who wants to contribute to this,” Finley said.

The city of Chelsea authorized the mayor to proceed with the purchase of security cameras for Chelsea City Hall at... read more