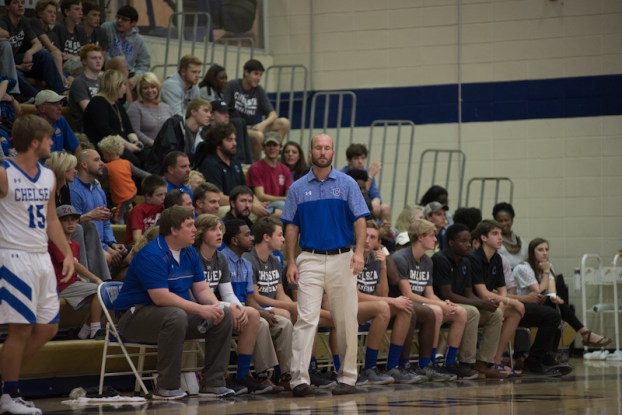 Chelsea led after all three quarters and by nine with 4:51 left, but couldn't hold on for the win. (File)

CHELSEA ­– Chelsea led Gardendale after every quarter and almost the entire way in their matchup on Tuesday, Jan. 10, but the Hornets blew a nine-point lead with 4:51 to go to fall to the Rockets by a final score of 57-51.

As they head into area play, the Hornets have now lost two of three after going into the Jefferson-Shelby Hoops Classic having won nine consecutive games.

Gardendale started the game out on an 8-3 run and showed Chelsea (15-6) they could keep up with the Hornets. Chelsea answered that run pretty quickly though with a 13-3 run of their own to take a 16-11 lead after one quarter of play.

In the second quarter, neither team was able to establish much momentum as the defenses held their own and both offenses struggled to score points. The Rockets outscored the Hornets 9-8 in the quarter as both teams were held under 10 points. Chelsea was still able to maintain a four-point 24-20 lead at the break.

Chelsea’s leading scorer and senior standout Joseph Lanzi came out of the locker room firing on all cylinders as he put up nine of his game-high 17 points in the third quarter. Lanzi’s performance, however, wasn’t enough to for Chelsea to pull away as they still maintained a four-point lead after three.

After a 7-2 run to open the first three minutes of the fourth quarter, the Hornets had extended their lead to nine as they were up 44-35 with 4:51 to play. Things looked good for the Hornets to pick up their 16th win of the season, but Gardendale wasn’t done yet. The Rockets completely flipped the script and ended the final five minutes of play on a 22-7 run to take down Chelsea 57-51.

The next leading scorer for the Hornets after Lanzi was Jay Vickers with eight points. Gardendale was led by Jacoby Bradford with 15 points and Omari Hood with 11.

HOOVER – Manny Allan’s unbeaten streak may be the focus of the present, but the Spain Park High School wrestling... read more