PELHAM – After being a part of the Pelham and Alabaster communities for more than 50 years, Food Depot, at 3592 U.S. 31, is closing. 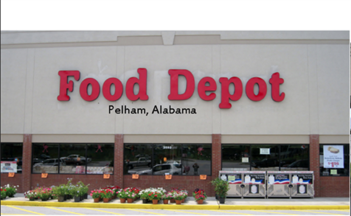 All items, except beer and wine, are 20 percent off. (Contributed)

Any items not sold will be donated to a designated charity.

Darwin Metcalf, president and COO of Western Supermarkets Inc., said the store is closing because it has reached the end of its shelf life.

“Two Walmarts, four Publix and two ALDIs have opened around us and it has become a very crowded market,” Metcalf said.

Metcalf said the store is nearing the end of its lease and it isn’t doing well enough for the company to commit to another five-year lease, which is the lease minimum.

The store has 40 employees. Those who want to stay with the company are being reassigned to other locations. Western Supermarkets Inc. owns six other grocery stores, but the next closest one is in Vestavia Hills.

Employees who live too far away to commute to Vestavia Hills are receiving assistance to find other jobs.

“We’re helping to place them at other retailers,” Metcalf said. “Obviously we can’t get them a job, but we do have connections in the supermarket industry and can give them a good recommendation or try to help them get an interview.”

“The Pelham and Alabaster areas are wonderful communities and we’ve certainly enjoyed being in those communities,” Metcalf said. “We’re going to miss it. Both communities have been good to us.”

By ALEC ETHEREDGE | Sports Editor Dabo Swinney is coming off of his first National Championship win as a head... read more