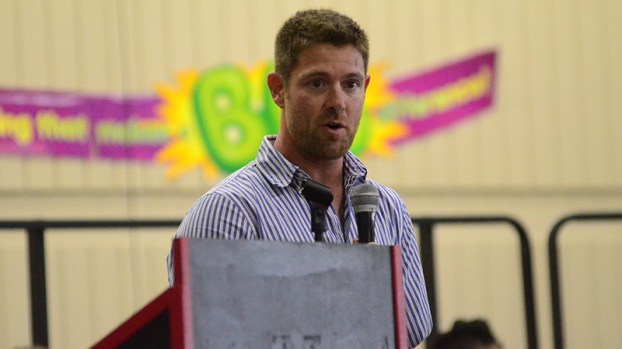 Noah Galloway will serve as the guest emcee at the HMS dinner and auction on Saturday, Feb. 4. (File)

Galloway to speak at HMS dinner and auction Feb. 4

HELENA–The Helena Middle School band will hold their ninth annual dinner and auction at the first of February, and this year a special guest will be in attendance.

The dinner and live auction event will be Saturday, Feb. 4 from 6:30-8:30 p.m. in the Helena Middle School cafeteria.

The night will be filled with music, dinner, a silent and live auction and Noah Galloway will serve as the guest emcee.

A ticket to the event costs $15 per person, and the ticket will include admission to the auction, dinner, dessert and a drink.

Entertainment will be provided by the HMS Jazz Band and attendees will have a chance to listen to Galloway.

Galloway is a Shelby County resident and a well-known former U.S. Army sergeant.

After recovery and regaining his fitness, Galloway appeared on the cover of Men’s Health magazine and finished in third place on ABC’s “Dancing with the Stars” in 2015.

Tickets for the dinner and auction will be available at the door on Feb. 4.

HMS Dessert Cabaret and Silent Auction will be Feb. 25