COLUMBIANA–A 59-year-old Helena man was arrested and released from the Shelby County Jail on Jan. 14, after allegedly willfully abusing a child under the age of 18. 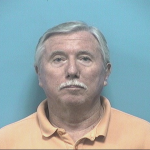 The Helena Police Department arrested Henry Willis Copeland III, who lists an address in the 1300 block of Whirlaway Circle in Helena, on Jan. 14 and charged him with one felony count of child abuse.

According to his arrest warrants, Copeland being the child’s natural parent, stepparent, adoptive parent, legal guardian or any other person who has the supervision of a child on Jan. 11, allegedly “tortured, willfully abused, cruelly beat or otherwise willfully maltreated a child under the age of 18 by pulling the victim from a vehicle by their arm, dragged the victim through the yard and slammed them into a door.”

Copeland was released from the Shelby County Jail on Jan. 14 on a bond totaling $2,500.

Willful abuse of a child under the age of 18 is a Class C felony according to Alabama law.

Copeland could face up to 10 years in prison for the Class C felony count, if convicted.

A preliminary hearing has been scheduled for Feb. 8 at 8:30 a.m. at the Shelby County courthouse.