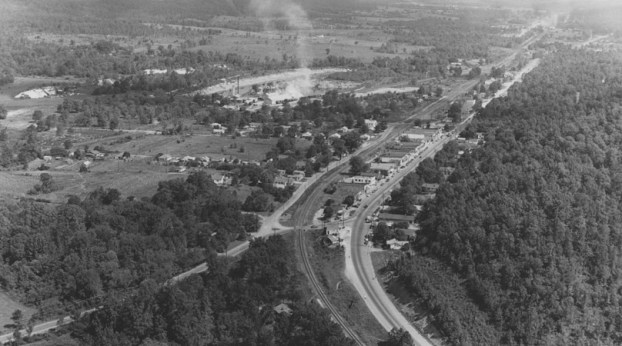 “Alabaster and Siluria: The Early Years – A Pictorial History” will include at least 200 photographs, ranging from the 1880’s to the 1970’s, which reflect the formation and history of the Alabaster area. (Contributed/Bobby Joe Seales)

In a press release, the Seales wrote that the book “will depict the area, lives, people and events that shaped our city as it moved through its formative years.”

The book will feature 200 pictures, spanning from the 1880’s to the 1970’s. Bobby Joe Seales said some pictures have never been seen before.

“We love to make sure that history is preserved for future generations,” Diane Seales said. “We feel that if we don’t work on this book at this time, that these pictures will be lost. We want to preserve the history of the area while we have the chance.”

The Seales said it is especially important to feature the history of the Siluria community, which was originally a separate area from Alabaster. Bobby Joe Seales said Siluria was instrumental in the formation of Alabaster.

“It’s the people who made these communities. Siluria is almost gone, and the only thing that still carries the name of Siluria is Siluria Baptist Church,” Bobby Joe Seales. “Siluria was originally a booming community at one time. Alabaster didn’t even come about until 1928, it was all Siluria first.”

The Seales are drawing from their personal photograph collection and relying on photo submissions from people in the Alabaster area.

“I already had many, and now we’ve got so many pictures from people who have been so kind and courteous to share. I have the support of the city of Alabaster, Alabaster City Schools and legislators in Shelby County,” Bobby Joe Seales said.

The Seales said they were inspired to start working on the book in reflection of Alabama 200, which is a three-year celebration of the 200th anniversaries of Alabama becoming a territory and a state.

“I was honored to be appointed as an Alabama Bicentennial ambassador,” Bobby Joe Seales said.

Bobby Joe Seales said he was also inspired to start “Alabaster and Siluria” after collaborating with the Shelby County Reporter on a pictorial book about Shelby County history several years earlier.

“That book is still in demand, and we sold out early,” Bobby Joe Seales said.

“Alabaster and Siluria: The Early Years – A Pictorial History” will be published by the Pediment Group, Inc., and will be released on Nov. 24.

Pre-order sales have begun, and a $15 discount is offered for a limited time. To place an order or learn more about the book, visit Alabaster.PictorialBook.com.

“There probably will not be another pictorial history book about the Alabaster area,” Bobby Joe Seales said.

The Seales will release a pictorial book on the city of Pelham in 2018. Seales said 2018 will be the 200th anniversary of Shelby County’s establishment, and Pelham was the original county seat.

In 2019, the Seales plan to release a pictorial book about the city of Columbiana, in honor of the city’s position as the current county seat.