Cristian Diaz-Vasquez, 21, of Chelsea was arrested in Talladega County on Saturday, Jan. 28 and charged with contributing to the delinquency of a minor, second-degree rape and second-degree sexual abuse. 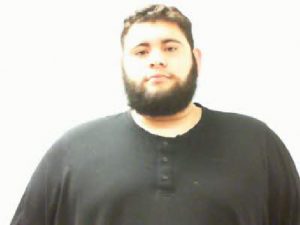 Talladega County Sheriff Jimmy Kilgore said deputies found Diaz-Vasquez and his 15-year-old victim in a vehicle near the border of Childersburg and Fayette.

According to Kilgore, Diaz-Vasquez provided alcohol to his victim and deputies later discovered that sexual contact had allegedly taken place.

In the state of Alabama, contributing to the delinquency of a minor is a class A misdemeanor, which carries a penalty of a maximum of one year in jail and up to a $6,000 fine.

Second-degree rape is a class B felony, which could result in a jail sentence from two to twenty years and up to $30,000 in fines.

Sexual abuse in the second degree is a class C felony if committed within a year of another sexual offense. A class C felony is punishable by a jail sentence of one year and one day to two years, and a maximum fine of $15,000.

Diaz-Vasquez is currently being held at the Talladega County Jail on a $22,000 bond.

Anyone who has more information about this crime can contact the Talladega County Sheriff’s Office by calling (256) 362-2748.

The city of Chelsea began the process of dismantling the Weldon building on Shelby County 47 on Thursday, Feb. 2.... read more