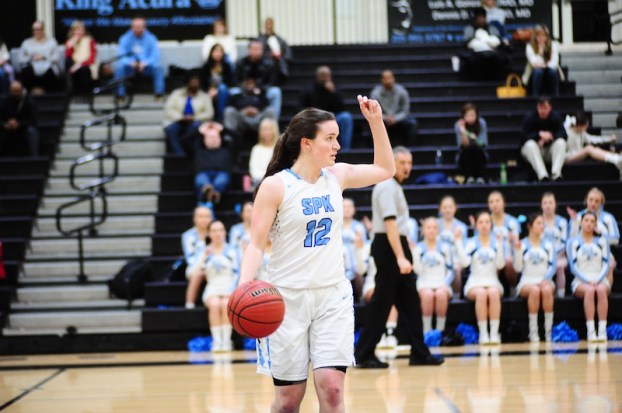 Spain Park was one of three teams ranked in the final girls ASWA basketball rankings of the year. Montevallo and Westminster at Oak Mountain also made an appearance. (Reporter photo/Alec Etheredge)

It has been an up and down season to say the least for girls basketball in Shelby County, but we have seen some impressive accomplishments by several teams.

When the final ASWA girls rankings of the season were released, three teams from Shelby County sat inside their respective top 10.

Spain Park (19-9, 6-0) was one of those teams as they came in at No. 6 in Class 7A. The Jags have been featured in the 7A poll throughout the entire season thanks to some strong play from Claire Holt and Ahrielle Parks. Spain Park finished the season a perfect 6-0 in area play and are the favorites to win the Class 7A Area 6 tournament as well.

With a win in round on of their area tournament over Mountain Brook they will advance to the regional round of the playoffs at Jacksonville State.

Montevallo also has been a mainstay in the rankings this entire year and came in at No. 9 in Class 3A to finish the season. That accomplishment might be impressive enough, but they were also the only team to achieve 20 wins this season as they finished with an overall record of 20-6.

The third and final team to appear in the final rankings of the season was Westminster at Oak Mountain. The Lady Knights (16-5, 5-1) had an impressive season and popped in and out of the rankings throughout the season, but never dropped out of the nominated category.

Thompson (16-12, 2-4) and Oak Mountain (14-8, 3-3) also appeared in the top 10 at one point this season, but injuries for the Warriors and a tough stretch for the Eagles kept them out of the 7A top 10 late in the season. They failed to appear in the top 10 in the most recent poll, but finished the season nominated heading into post season play.

NORTH SHELBY – Camryn Neal and Jack Wilson were the center of attention on Wednesday, Feb. 1, as peers, family... read more