Mobile man arrested for breaking and entering, theft in Alabaster 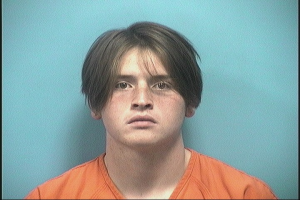 Twenty-year-old Nicholas Felton Sheppard, who lists an address at 7860 Candlewood Drive in Mobile, was taken into police custody after he allegedly stole a Garmin GPS, a pair of Apple headphones, a firearm and other items from several vehicles on Barkley Drive in Alabaster.

Sheppard is currently being held on a $46,000 bond. He is set for a preliminary hearing on Wednesday, March 15, and was assigned to Shelby County District Court Judge Daniel Crowson.

In the state of Alabama, breaking and entering a vehicle and theft of property in the second degree are class C felonies, which are punishable by up to 10 years in prison for each charge. Fourth-degree theft is a class A misdemeanor, which carries a maximum sentence of one year in prison.