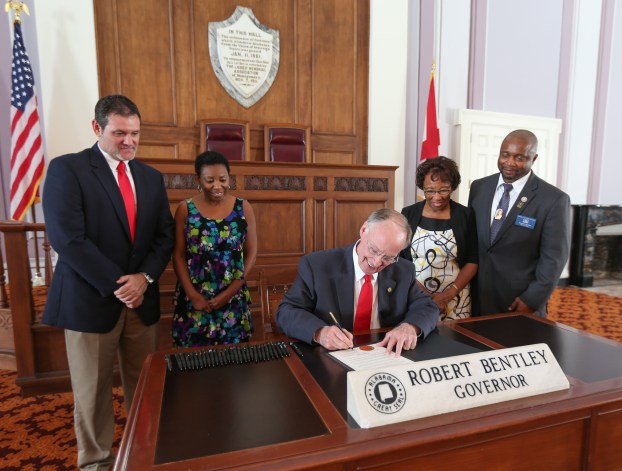 Governor Robert Bentley signed Executive Order 28 on Feb. 21, creating the Alabama Grocery Tax Task Force. The Task Force will review the state portion of taxes related to groceries and essential food products and recommend to the Governor and the Legislature changes that ensure a fair and equitable tax structure while encouraging a healthier Alabama.

“My goal for this task force is to remove four percent off food items and put that money back in the pockets of Alabamians who need it the most, such as low income individuals and families on a fixed income,” Governor Bentley said. “As I have traveled the state, I have heard first hand from individuals who want the opportunity to adequately feed their families without being over taxed.”

Representative Matt Fridy of Montevallo stated his support for removing the grocery tax.

“Anyone who buys groceries will feel the impact of being able to keep more of their hard-earned money,” Fridy wrote in an email. “Elimination of the grocery tax would put between $300 million and $400 million back into the economy … I’m excited to have been named by the Speaker to the task force that is going to study how we can eliminate the grocery tax in a reasonable and responsible way.”

“I look forward to working with the rest of the Task Force to deliver the Governor’s objectives as outlined in the Executive Order,” Revenue Commissioner Julie Magee said.

The task force’s findings and recommendations are due to the Governor and the Legislature by June 1, 2017.