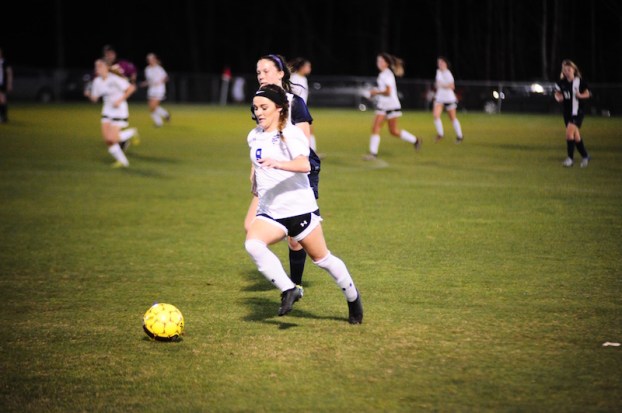 Several soccer teams are off to hot starts in the 2017 season led by both teams from Oak Mountain and Thompson. (Reporter photo/Alec Etheredge)

Oak Mountain is looking to three-peat as 7A state champions and are off to a strong start on the 2017 season. The Eagles are ranked No. 1 in the classification and picked up their first area win of the season in dominating fashion as they put up 10 goals to Huffman’s zero.

Eight different players scored for Thompson in a big 10-0 area win on the road over Tuscaloosa County. The Warriors are coming off of an Island Cup victory in Gulf Shores and are shaping up to be one of the best 7A teams early in the 2017 soccer season. Kenny Rodriguez and Jackson Hall both had two goals in the win. Thompson now sits at 6-2-1 on the season.

Chelsea got a couple of great looks in the first half, but Northridge was just too much for the Hornets as they dropped their second consecutive game. They currently have an overall record of 3-5 and sit as the No. 11 tam in 6A, but need to get back on the winning track before area play kicks off next week with a home game against Helena.

Indian Springs played their fifth game of the season on Feb. 28 and got their fifth win in a 2-1 match over Loveless Academy. They have yet to drop a contest during the 2017 season and are ranked as the No. 3 team in the 1A-3A classification.

Briarwood has now won two consecutive road games after a dominating 8-0 win over Woodlawn, which followed a 3-2 win over Chelsea on Feb. 24. The Lions now have an overall record of 3-3-1 and are considered to be the No. 8 team in the 4A-5A division.

The Calera boys’ soccer team has been silent but lethal early on this season. Following a 7-1 loss to Thompson to open their season, the Eagles have won three consecutive games scoring six-plus goals in each of those contest and winning each by five or more goals. They now have an overall record of 3-1 after their win over Bessemer City.

Montevallo has gotten off to a rough start to the 2017 soccer season after falling to Sylacauga 4-1. Sylacauga is a great soccer team, but the loss still moved the Bulldogs to 1-3 on the season.

In crazy fashion, the Oak mountain girls put up 20 goals shutting out Huffman 20-0. The new No. 1 team in 7A has now won six consecutive games to start the season and has outscored opponents by a combined 51-3 in those six games. They are scoring an average of 8.1 goals per game, while giving up just .5 goals per game. It’s safe to say they will be a tough out this year.

A team that might give Oak Mountain a run for their money is the Thompson Warriors who have now gone five straight games without giving up a goal. Allison McCrimon led Thompson with a hat trick on the offensive end. After the Warriors convincing win, they are scoring 4.4 goals per game and giving up .4 goals per game.

The Chelsea girls have now won two consecutive games after a 5-0 road win at Northridge. The Hornets have won three of their past four games with a tie being the fourth game. They sit at 3-2 on the season and are going to be a tough team to beat in 6A.

Just like the guys, the Montevallo girls soccer is off to a slow start. Not to say they can’t get things going because there is still plenty of season left and all that matters is how you fare come area play. The Bulldogs now have an overall record of 1-3-2.