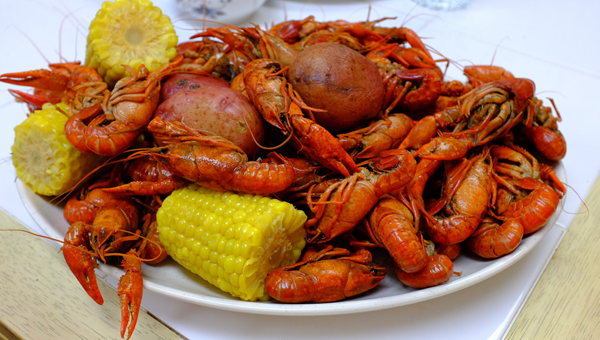 PELHAM – To celebrate its sixth anniversary and to help a good cause, Pub 261 is hosting a crawfish boil on Sunday, March 19, from 2-6 p.m.

This year, shrimp will also be offered at the event, which benefits the Shelby County Humane Society.

“We’ve always done a crawfish boil to celebrate our anniversary and we’re pet lovers so we figured why not use this event to help the community in some way,” owner Michael Sarvaunt said. “We’re just trying to support a good cause. Any little bit helps the humane society because they have such a tight budget.”

On the day of the event, tickets will be $7 per pound of crawfish or $19 for 3 pounds, and $10 per pound of shrimp or $28 for 3 pounds. Sarvaunt said each order includes corn on the cob and potatoes.

Last year’s event raised a total of $9,000. Sarvaunt said the event brought in $5,000 in cash and $4,000 worth of donated food for the event from Camp Scotty, which offers boarding, grooming and dog behavior training services.

“We don’t really have a fundraising goal,” Sarvaunt said. “The goal is always to try to beat the total amount of money raised from the year before.”

The event will also feature a live band called the Whiskey Dix and a 50/50 drawing where 50 percent of the money goes to the winner and the other half goes to the humane society.

Stephanie Clayton, event planning and fundraising co-chair of Best Friends of the Shelby County Humane Society, said animals will be available for adoption at the event.

“We will have a few animals out for adoption,” Clayton said. “The crawfish boil has been a great fundraiser for us and it usually has a good turnout, so we’re hoping to get them all adopted.”

PELHAM – When he graduates in May, Pelham senior James Hollingsworth will have to decide which of six job offers... read more