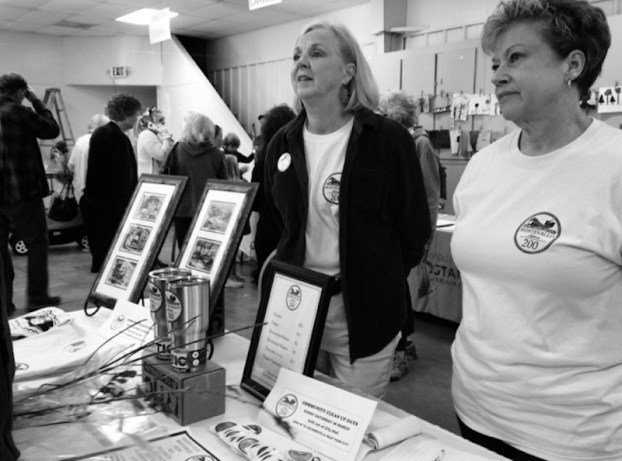 Montevallo cleaning up for bicentennial

You can still pitch in to help Montevallo put on her best face for her 200th birthday.

Volunteers gather at 9 a.m. at City Hall, Phagan said, and each one is given plastic gloves, heavy-duty trash bags and reflective vests. Then they set out to assigned areas to collect litter.

The group of 20 volunteers who turned out for the first cleanup day on March 4, bagged two pickup truck loads of littler, plus a dead armadillo.

“We are calling this cleanup the ‘Bicentennial Boost,’” Phagan said. “The areas had been scouted in advance and were assigned to teams of volunteers. Anyone can join—just be at city hall at 9 a.m. Saturday morning.

“It is not hard work, and it is fun, a way to meet new people in the community. One young man came (March 4) and said he didn’t know anyone when he came, but by the end of the day he had made new friends.”

The “Boost” is a cooperative venture with ValloPals, a Facebook group that is a spinoff of a committee that Cost named to tackle the city’s litter problem. ValloPals’ leaders are Meg and Lee Waites, who describe themselves as “activists.”

Lee Waites said that he has noticed that one common source of litter seems to be material that blows out of truck beds.

“I am trying to make sure the bed on my truck is cleaned out regularly,” he said.

Those small, often overlooked, details could make a difference in the city’s appearance come the big birthday bash in September.

Phagan said that all the work is pointing toward a party that, in a sense, will recreate the celebration that launched Montevallo as a commercial center in 1854.

Although founded in 1817, the sleepy little mountain in the valley did not exactly burst into glory right away.

“Montevallo became the hub of merchandising for northern Alabama,” she said.

The bicentennial bash will be in September, Phagan said, and is still in the planning stages. Tentatively, she said, the site will be either the new Shoal Creek Park on Alabama 119 or Orr Park in the city’s center.

Tom Walker one of sixteen to plan US 250th commemoration