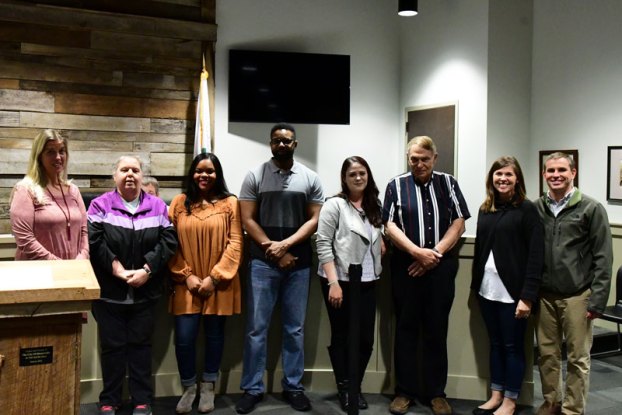 Many of the businesses plan to use the grants to improve storefronts, add signage and make aesthetic upgrades to stay on trend with the improvements happening on Main Street.

During the council meeting, multiple citizens commented positively on the Main Street renovation project. They praised the workers and the fact that the project was planned in such a way that stores are still open and some parking is still available.

The council also heard from a citizen concerned about the crosswalk on Main Street in front of Eclipse. Many school children use the crossing in the afternoons and the citizen was concerned for their safety because she claimed drivers “don’t pay any mind to the crosswalk.”

Cost said the council has worked on possible solutions before and has added a light and mirror at the location to enhance visibility. She said the city tried to move the crosswalk before, but there was no better place to move it.

An added hurdle is that the city has to work with the state due to the crosswalk being on a state highway. Cost said the council would speak the next day about a better solution.

Chief of Police Jeremy Littleton said the police would do what they could to station an officer at the crosswalk during heavy usage hours until another solution can be found.

The council approved a resolution confirming the sale of alcohol on Sundays.

The Montevallo Film Club’s request to film on Middle Street from March 31 through April 3 was approved.

The FFA Farm Day Parade was authorized for April 15th and vendor fees were waived for Farm Day.

$1,000 from the Regions Capital Reserve City Hall Account was approved to be spent on office furniture for new city personnel.

CALERA – Identical twins Alex and Jaramy Dozier found out in the ninth grade that they were ranked No. 1... read more