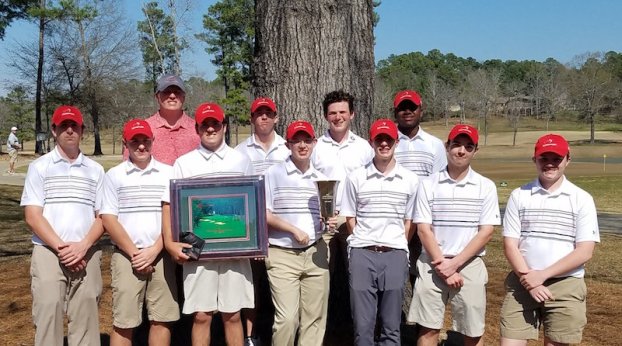 The Thompson golf team poses after their second place finish in the Warrior Invitational featuring 16 different teams from across the state. (Contributed)

CALERA – Seven golf teams from Shelby County traveled to Calera on Monday, March 20, to take part in the 2017 Warrior Invitational at Timberline Golf Course, which is considered one of the more prestigious courses in the state.

Thompson and Spain Park both had strong team performances as they both finished in the top three of the one-day tournament. The Warriors came in second place with an aggregate score of 307, which was just nine shots behind winner Muscle Shoals. That total of 307 was a career low for this Warriors’ squad.

It’s hard to believe that one stroke can make a big difference, but that was all that separated the Jags from Thompson as they finished with a total score of 308 to take home third place.

Jackson Singletary highlighted not only the Warriors’ scoring with a 68, but the tournament’s scoring as he was the low medalist finishing one shot ahead of Muscle Shoals’ Hunter Battles. Thompson also got scores of 74 from Landon Wockenfuss, who finished in a tie for fifth, 81 from Noah Brakefield and 84 from TJ Armstead.

Spain Park had three guys shoot in the 70’s making them and Muscle Shoals the only two teams to have three shoot in the 70’s or better. Hayden Carner paced the Jaguars with a team-low 72, which was good enough for a tie for third with Muscle Shoals’ Sam Garges. Carter Goodwin and John David Allred both fired a 74 putting them in a tie for fifth, making them the only team to have three players finish in the top 10. 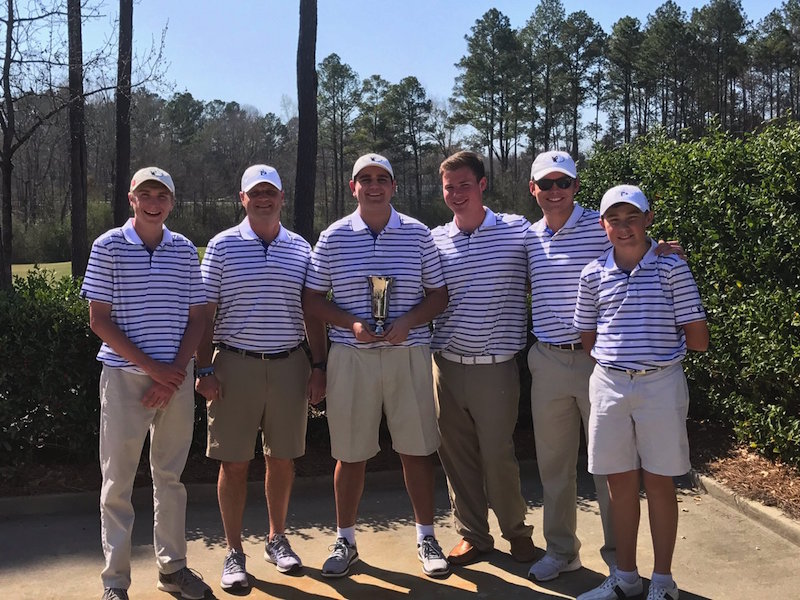 Spain Park poses with their third place trophy. The Jags had three finish in the top 5. (Contributed)

The Jags are off to an incredibly strong start this year as they look to repeat as state champions and add to the dynasty. Spain Park has yet to finish outside of the top five, picking up a second place finish at the Fairhope Invitational, a championship at the Blue-Gray Invitational, second at the Joe King Memorial and fourth at the Bradley Johnson Memorial since the start of the season back on Feb. 20.

Briarwood and Oak Mountain were the only two other teams to finish inside the top 10 as the Lions placed sixth and the Eagles took 10th. Spencer Russell’s 80 highlighted Briarwood’s day, while Trey Philpott shot the only sub-90 round for Oak Mountain with an 83.

Chelsea, Pelham and Calera took the bottom three spots finishing in 14th, 15th and 16th, respectively, but each had their own highlights in the tournament.

The Hornets’ Dylan Sampsell fired a 5-over 76, which was good enough for an eighth place tie. Niles Long of Calera was the Eagles’ only golfer to shoot under 100 as he finished with an 83. Pelham had two finish under 100 as Alex Goatley and Camden Jones shot 93 and 97, respectively.