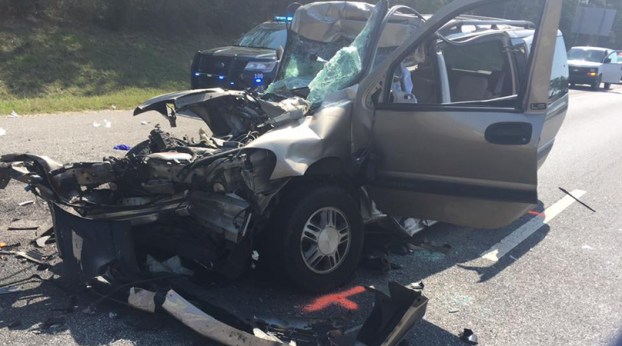 One woman was airlifted to UAB after a collision between a van and an 18-wheeler on I-65. (Contributed)

One injured in I-65 collision

According to police, a collision between an 18-wheeler and a van took place close to the 234 exit near the Shelby County Airport and the border between Calera and Alabaster.

One injury was reported. The woman, who was in the van, was transported to UAB’s hospital via lifesaver helicopter.

All lanes on 1-65 Northbound were shut down, and were reopened before 3 p.m.