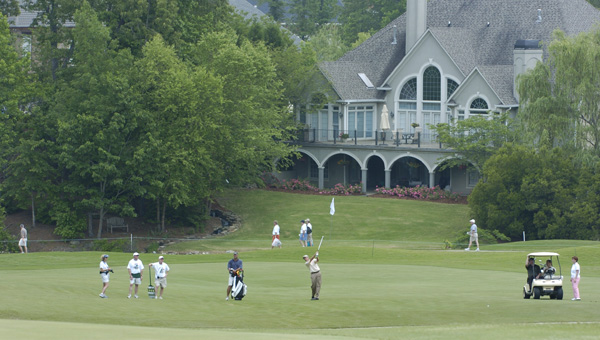 The current agreement runs through 2018, with the April 10 announcement extending an additional five years for one of the tour’s five major championships.

Greystone Golf & Country Club, which debuted as the tournament venue in 2016, will remain as host through the 2023 event.

“Regions’ commitment to the tournament continues more than one tradition,” said Scott Peters, head of Regions Consumer Banking. “It helps ensure that both a PGA TOUR Champions major championship and a more than 25-year legacy of support for local charities and businesses are sustained in the Birmingham area for many years to come. Regions is proud to work with the PGA TOUR and present this exceptional event in the community.”

Since 2011, Regions has been title sponsor of the Tradition, a major championship introduced in 1989. Prior to sponsoring the Tradition, Regions and the PGA TOUR presented the Regions Charity Classic from 2006-2010.

Over the past six years, the Regions Tradition has stood as one of the most prestigious tournaments on the annual PGA TOUR Champions calendar, producing winners such as Tom Lehman, David Frost, Kenny Perry, Jeff Maggert and Bernhard Langer, whose dominant six-shot victory in the event’s 2016 edition gave way to a third straight Charles Schwab Cup title and Player of the Year honors.

“We are pleased to announce the extension for the Regions Tradition, which has created a wealth of excitement for PGA TOUR Champions golf in the greater Birmingham area,” PGA TOUR Champions President Greg McLaughlin said. “Through the efforts and engagement of Regions Bank, this tournament has created a significant charitable impact in the community while also spearheading the launch of our five major championships each season.”

The Regions Tradition has raised more than $4.5 million for area charities since 2011, with Children’s of Alabama serving as the primary beneficiary of the tournament. In 2016, the tournament raised $1.1 million, supporting the work of Children’s and more than 60 other charities from throughout Alabama that participated in the Birdies for Charity presented by SouthWest Water Company fundraiser.

“Our long-term partnership with the Regions Tradition helps us provide state-of-the-art care for our patients and their families. The funds we receive from the tournament are directed to our Impact Fund, which was created to provide funding for leading edge programs, equipment and initiatives that are not part of the operating budget and that the hospital could not afford to pursue without funding from the community. The Impact Fund enables us to take immediate advantage of new surgical and medicine developments as they occur. We are honored to be part of an event that does so much to benefit our state,” said Mike Warren, president and CEO, Children’s of Alabama.

The Founders Course at Greystone Golf & Country Club, which hosted the Bruno’s Memorial Classic from 1992 through 2005, will remain as host of the Regions Tradition after a successful first year in 2016. The course, originally designed by Bob Cupp and Alabama native Hubert Green, underwent significant renovations in 2015 in advance of hosting last year’s event.

“Our membership is proud to once again host the Regions Tradition. We believe that Birmingham and Greystone Golf & Country Club are the natural home for this major tournament and look forward to many years of doing our part in raising charitable contributions for Children’s of Alabama and numerous other impactful charitable organizations,” said Russ A. Hale, President of Greystone. “The PGA TOUR and the Bruno Event Team do a fabulous job in preparing the course and the grounds to create a memorable golf and entertainment experience for the tour professionals, the sponsors, the volunteers and the patrons; however, we all know that the tournament is not possible without the continued sponsorship by Regions Bank. We all thank them for their stewardship.”

For more information on the Regions Tradition, which will be contested the week of May 15-21, 2017, visit RegionsTradition.com.