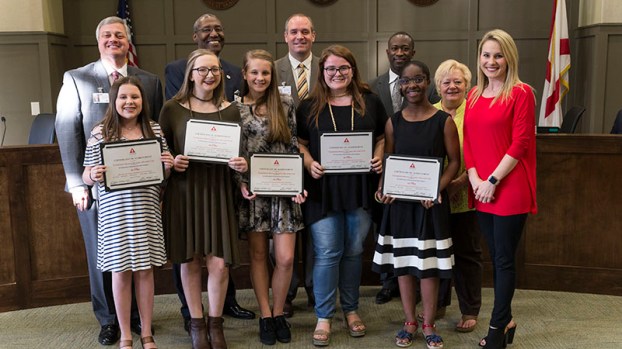 ALABASTER –Members of the Thompson Middle School majorette team earned praise from the Alabaster Board of Education on April 10 for bringing home plenty of hardware from a recent statewide competition.

The girls competed in the National Baton Twirling Association State Competition, which was held at Thompson High School, on March 11.

The TMS team, which is sponsored by Erica Wilson, earned first place in the Open State Junior Division and in the Middle School Division.

As a result of their accomplishments, Wilson and the members of the team were recognized during the “Good things happening in our schools” portion of the School Board meeting, and received certificates of recognition from the board members.

The following TMS majorettes were recognized during the meeting:

PELHAM – A portion of Cahaba Valley Road, between Southgate Drive and State Park Road, has been shut down after... read more