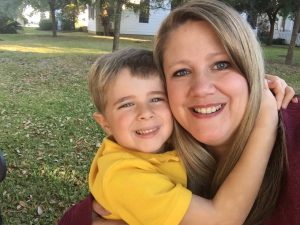 “I took the position as an interim role, and I had the opportunity to move into a full-time position,” Elmore said. “I’m going to oversee our educational grant programs, including those during summer and after school.”

Before she was promoted, Elmore served as the Alabaster Executive Director for almost five years. Elmore said she has been working with the YMCA since the ‘90s, and is especially passionate about children and youth.

“I got my first start as a summer day camp counselor, and I’ve worked as a childcare director at different YMCAs across the country,” Elmore said. “My gifts and talents are best used for the youth development programs.”

During her time at the Alabaster location, Elmore said she has seen her YMCA location form valuable partnerships with the city of Alabaster and Alabaster City Schools and become a staple in the community.

“It’s been great here, and we have done a lot of good things. I’ve worked at a lot of YMCA branches, and I have never worked at a Y that was as embraced by the community. I was able to watch community leaders identify and address our needs and try to find ways to better help this community. It’s a blessing that the Y and different areas of this community can work together,” Elmore said.

Kristin Harris of the Greystone YMCA branch will take Elmore’s place, and Elmore said she is excited to see what Harris has to offer. Through her new position, Elmore said she will continue to work with the Alabaster YMCA.

“There is still a lot of work to be done, and I’m excited to see how this YMCA branch will continue to grow,” Elmore said.