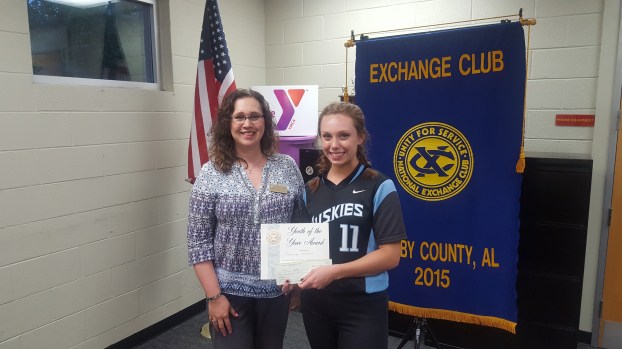 PELHAM – The Exchange Club of Shelby County named Helena High School senior Tamar Watts as its 2017 Youth of the Year at their regular meeting on Thursday, April 13, at the Pelham YMCA.

Watts has a 4.12 grade point average and has been accepted to Auburn University. She plans to study nursing.

Watts is a member of several national honor societies and plays softball at Helena. She’s also an advocate for parental alienation awareness.

Exchange Club President Coni Fievet-Crawford said a committee reviewed submitted applications and selected the most qualified student based on a written essay, GPA and school involvement.

Watts received a $300 scholarship and went on to compete in the district competition where she placed third.

Crawford said about four students applied to the Youth of the Year program.

PELHAM – From the time the gates opened and children flooded the youth football field at Pelham City Park, it... read more