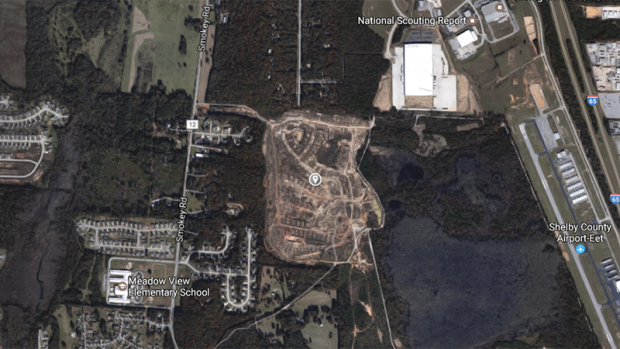 A developer is working to construct a new subdivision off Smokey Road in southern Alabaster, and should have phase one completed in the next few months. (File)

ALABASTER – A developer is set to have phase one of a new subdivision off Smokey Road completed in the next few months, after the city’s Planning and Zoning Commission agreed to grant him an extension on obtaining preliminary plat approval during an April 25 meeting.

Commission members voted unanimously during the meeting to grant a one-year preliminary plat extension to developer Jason Spinks for phase one of the new Mallard Landing subdivision, which Spinks is constructing in southern Alabaster west of the Shelby County Airport.

The developer’s original preliminary plat deadline for phase one was April 26, but the Planning and Zoning Commission agreed to the extension after determining “substantial progress has been made on the construction phase,” and “the applicant has worked in good faith to complete the project.”

During a pre-meeting work session, Planning and Zoning Commission members said construction on phase one likely will be completed in about six months.

Once completed, phase one of the neighborhood will contain 126 homes, which will account for about a quarter of the 419 total homes planned for the neighborhood. Phase one will be on the northern end of the development, and will be accessible via an entrance on Smokey Road slightly north of Meadow View Elementary School.

During a Dec. 15, 2015, meeting, the Alabaster Planning and Zoning Commission voted to combine four parcels of property into two parcels to allow for the proposed neighborhood.

One parcel, a 182-acre plot, is set to hold the majority of the new Mallard Landing neighborhood. The other parcel, the 300-acre plot adjacent to the Shelby County Airport, will hold one house, and will primarily remain woodlands.

Because a previous developer planned to construct a neighborhood on the 182-acre parcel off Smokey Road near the airport in the mid-2000s, the land is already zoned as residential to allow for the new neighborhood. However, the 300-acre plot was zoned as a mixture of agricultural, municipal reserve and high-density residential.

By STEVEN CALHOUN/Staff Writer Jenna Campbell at Montevallo Elementary School has been named one of five finalists in the state... read more