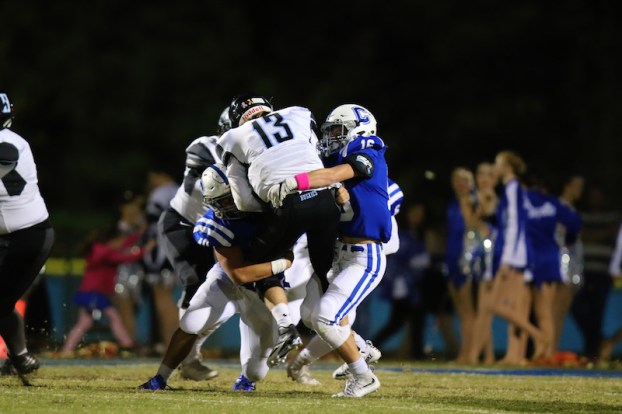 With the losses of Zalon Reynolds and Matt Marquet on offense, it will be fun to see who can step up and fill those big shoes this offseason. (For the Reporter/Cari Dean)

Yesterday we took a look at the 2A-5A classifications and what to look for if you are headed out to any of those spring games as we head into the 2017 football season. Today we are diving into the 6A ranks with a preview of Chelsea and Pelham’s spring games. Not included is Helena who plays 7A Oak Mountain in their spring game so they will be featured in tomorrow’s 7A outlook. Included is 5A Shelby County as Heath Childers and company will be taking on 6A Pelham in their spring game coming off a strong .500 finish during 2016.

Chelsea will host Vestavia in a fun spring game on May 11 at home. The Hornets are coming off a strong season that ended prematurely in the first round of the 2016 playoffs.

After losing just two regular season games a season ago, Chelsea was one of the hottest teams, especially on the offensive side of the ball. They averaged an astounding 41.4 points per game while scoring a school record 455 points during the season.

This year, while the Hornets will still rely heavily on their offense, they’ll have to do it without Zalon Reynolds, Matt Marquet and Jay Vickers who were responsible for 4,860 yards last year. The focal point of the spring game will be to see who can step into a new role on the offensive side of the ball and embrace it.

Both of these county teams will be looking for strong performances to build off of in their spring game when they meet at Pelham High School on Friday, May 19, at 7 p.m.

Heath Childers and the Wildcats are coming off their first .500 or above finish since 2009 and were one area win away from an appearance in the postseason last year.

The Shelby County triple option attack that put up 29.8 points per game and a total of 329 yards will be without running back Keyvontae Mayfield who rushed for 1,322 yards and 15 touchdowns. They will also lose Aremee Calloway out of the backfield, but a team that relies on running the ball 90 percent of the time can breathe a little sigh of relief with the return of Jeremiah Crenshaw and Lamont Bush.

The Panthers have three combined wins over the last two years as head coach Tom Causey and company look to find some success on the gridiron. It starts on May 19 with a decent core of returnees set to begin the transition of Pelham football with only 19 of their 82 players last year being seniors.

They do lose some key contributors, but specifically on the offensive and defensive line, this team will have a lot of young guys bringing back some important experience. It should be interesting to see how balanced this team will be in the spring game on both sides of the ball as they failed to score 17 or less points in five games last year and gave up 30-plus points in eight games.