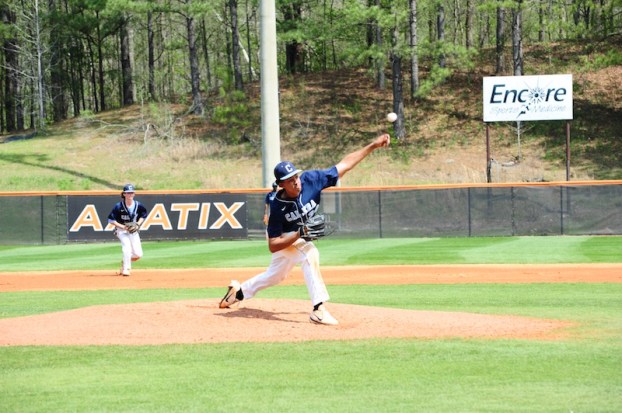 Jacob Smith, a pitcher for Calera, was named to the North All Star team earlier this week after a stellar junior season on the mound and at the plate. (Reporter photo/Alec Etheredge)

Calera has two, Pelham and Oak Mountain one on North South All Star teams

MONTGOMERY – All-star squads for the 2017 North-South boys’ baseball games and the North-South girls’ softball contests have been selected.

A total of 72 outstanding juniors — 18 on each team — were chosen from nominations submitted by high school coaches from across the state to participate at the 21st annual AHSAA Summer Conference and AHSADCA All-Star Games competition in Montgomery July 17-21, according to an announcement by Alvin Briggs, Director of the Alabama High School Athletic Directors & Coaches Association (AHSADCA).

Of those voted were four players residing in Shelby County, three voted to the baseball side of things and one voted to the softball team.

Calera was the leader in the county with two players being nominated, one on each team. Jacob Smith will represent the North baseball team, while Charley Clark will take the field for the North softball team.

Standing at 6-foot-6, 235 pounds, the left handed Smith is a powerful force both on the mound and at the plate. He can even flash some stellar defense when playing his secondary position of first base.

As a junior for the Eagles, Smith has already committed to play college baseball with collegiate powerhouse Vanderbilt University to show just how high his skill level is. He was almost an automatic win on the mound this season and picked up two postseason wins leading Calera to one of its best seasons in program history.

Clark was named as a second team All-County player last season as a sophomore after hitting a solid .361 at the plate with 21 RBIs and three home runs. She hasn’t let up any during her junior campaign as she has continued to be a leader for the Eagles and will be one of the best softball players across the state come next spring. 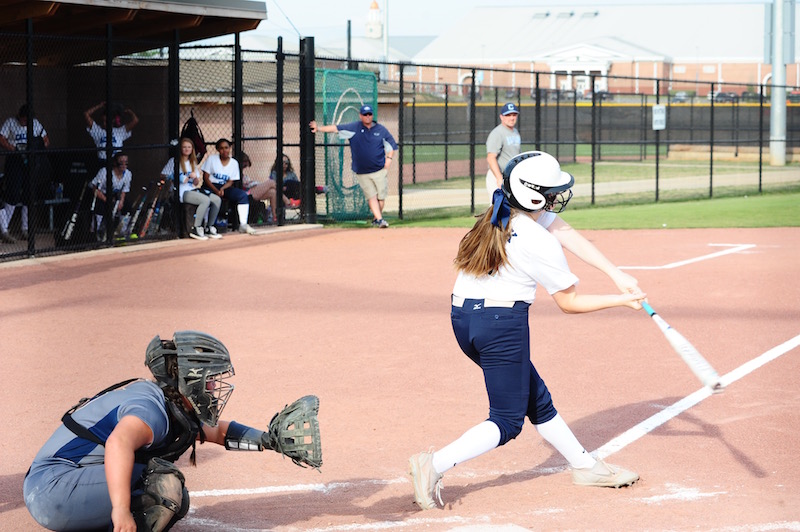 Clark bats during a game with Briarwood.

Gene Hurst of Oak Mountain was also named to the North baseball team after a jaw-dropping junior season on the mound for the Eagles. Hurst is 8-1 on the season and has established himself as the go to guy for the No. 2 baseball team in the state. He has taken the ball in the first game of their first two playoff games and gone 1-0. Having started 11 games on the mound, Hurst has thrown nine complete games and holds an ERA of .61. He and the Eagles are still in the playoffs vying for a run at the 7A state championship. 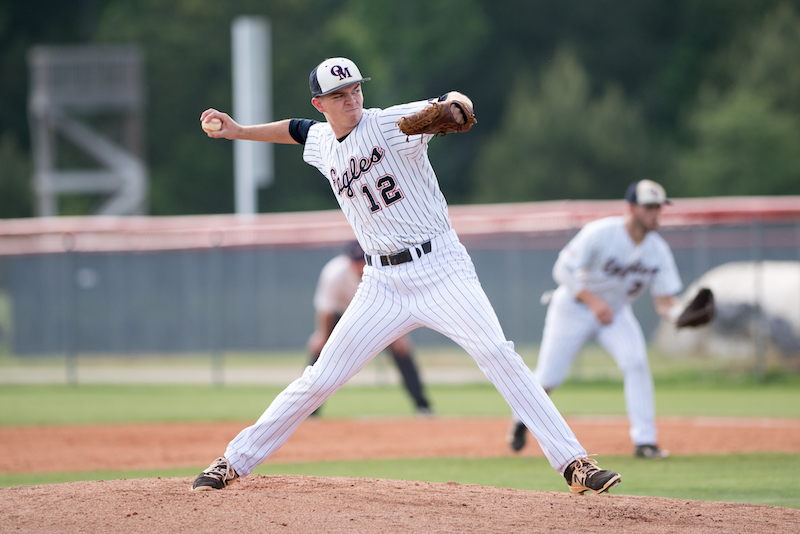 Hurst fires a pitch during a first-round playoff series with Huntsville.

The fourth and final member of the team was none other than Pelham’s Will Pierce. While the Panthers had an up and down season this year, Pierce was one of the more consistent bright spots for the team. He has been solid behind the plate as the Panthers’ catcher and also a force in the batter’s box leading Pelham at the plate.
The North-South baseball doubleheader will be at Riverwalk Stadium on Tuesday, July 18, with the first game set for 4 p.m. The second game will follow 30 minutes after its conclusion at approximately 6:30 p.m.  Lagoon Park will host the North-South softball all-star series at 6 and 8 p.m., respectively, on the same day.

By ALEC ETHEREDGE | Sports Editor Now that the spring semester is coming to a close and 2017 graduates are... read more